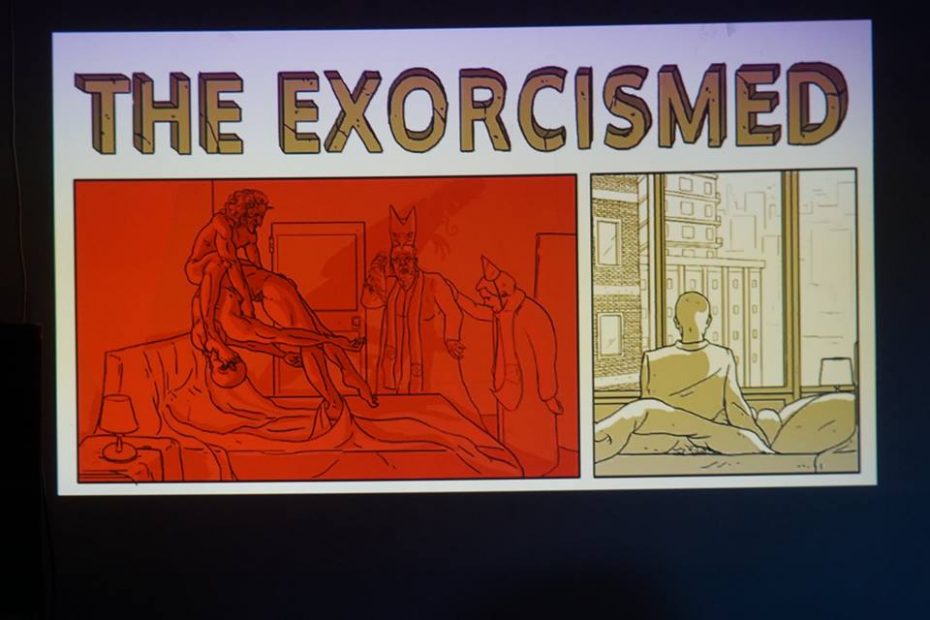 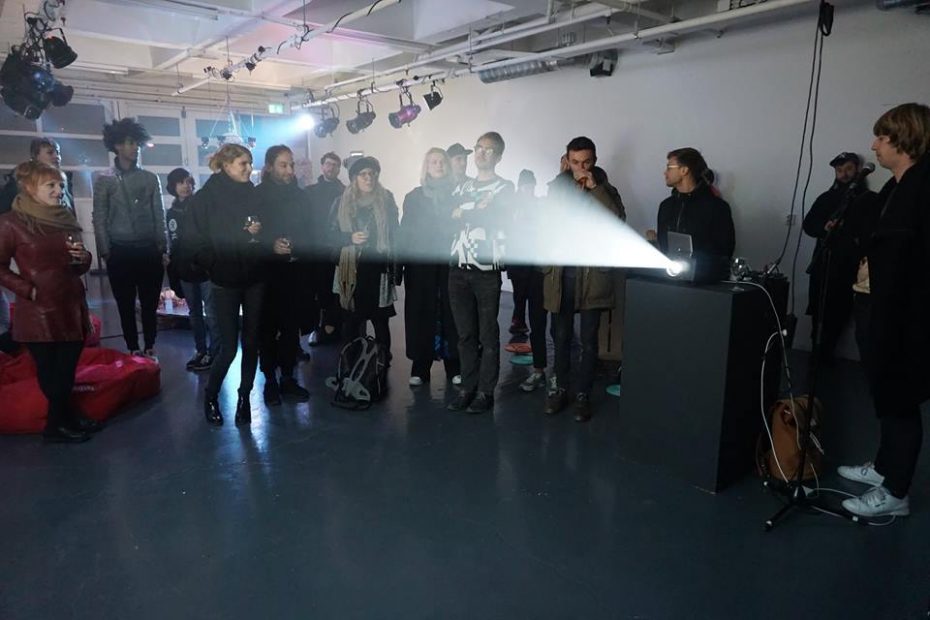 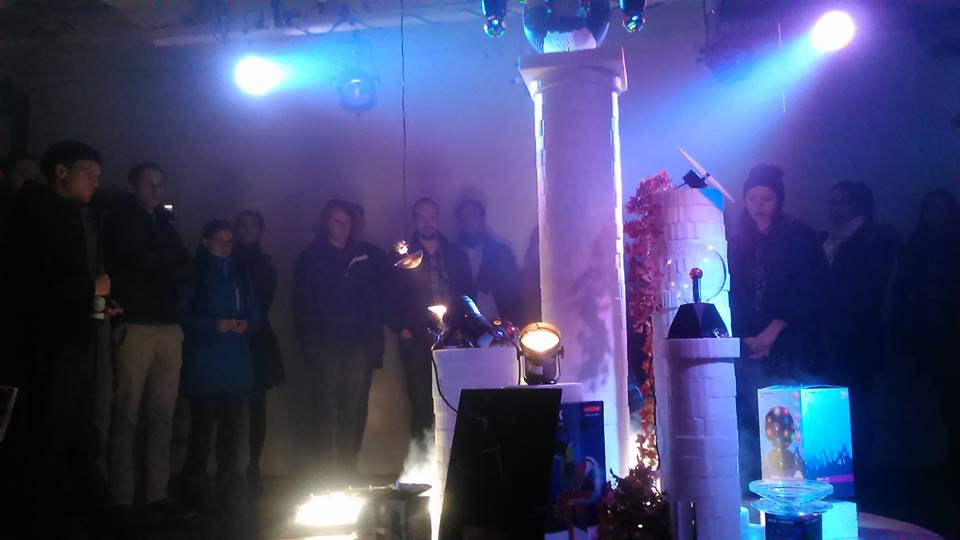 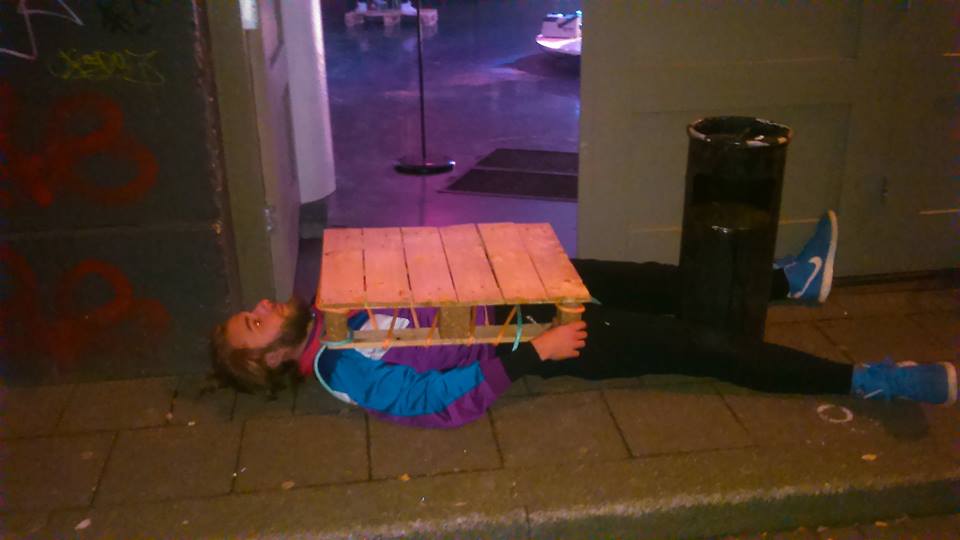 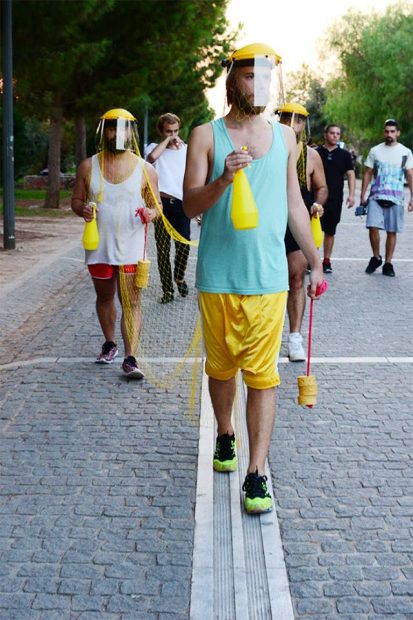 THE CHAPEL **Loui Meeuwissen**
Loui Meeuwissen studied interior architecture at the Willem de Kooning Academy Rotterdam and pursued to the Studio for Immediate Spaces at the Sandberg Instituut in Amsterdam, where he started to focus on the blurred area between dream and reality by building illusive light installations, organising performances and writing autobiographical texts. His writings shift between shows on stages and shows in the mind. On the one hand, a show can be a theatre play, an amusement park, a techno party, an exhibition, a staged reality or a personality, but mentally, a show can also be an imagination, a memory, a dream or a hallucination. His work represents what fascinates him about the club scene: the magic of the show, the people and the ecstasy, but also the melancholy.
In ‘The Chapel’ Loui Meeuwissen showcases his anecdotes in relation to a collection of personal relics that link to his fascination for parties but also to his hoarding habit, the love for kitsch, and his light design practice. Like relics of religious worship, the objects are placed on classical pedestals. The melancholic installation may get the spectator to think about his/her own relics.

The Driewieler Collective presents Pilgrimage: placeless in the SLASH GALLERY. The performance is inspired on the crusade and with this ‘walk-of-fame’ the collective aims to rethink the hierarchy of contemporary society, and with this they welcome all the freaks and unfitted. The pilgrimage is symbolic for the searching of a place, a new home. You are invited to come and celebrate the different, and to question social institutions, power roles and hierarchy.

THE EXORCISMED **Tommy Ventevogel + Bier en Brood**
Tommy Ventevogel is the Exorcismed, what’s left when the demon is cast out?
Tommy is a writer for theater, film, television, games and new media. The texts usually have an expressionistic core, a transmedia shape and low culture pulp look.
The texts were among others played at the Ro Theater, MC Theater, Club Gewalt and Theater collective Macabre. Tommy als played in/on Roodkapje ROT(T)TERDAM, Time Window Festival, de Parade, Over Het IJ-Festival, Oeral and many other places.

Visuals are made by the Rotterdam based illustration collective Bier en Brood: websssssite.