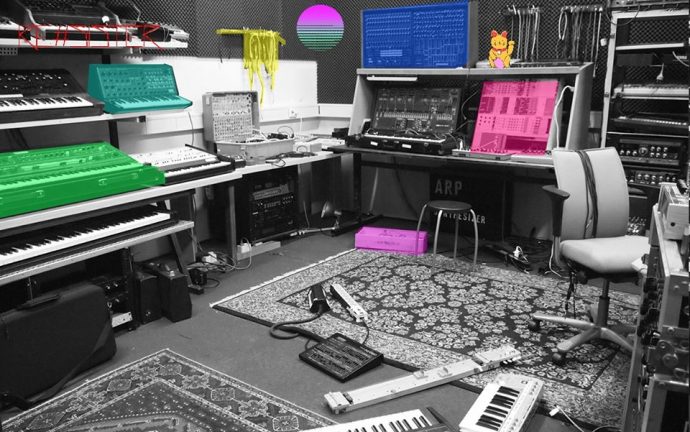 Creative community - and comity - for women, trans and non-binary people of all ages

Mariëtte Groot tells us about the great work of RE#SISTER!

ABOUT RE#SISTER
RE#SISTER is a community I initiated in 2018 specially for women, trans and non-binary people of all ages, because I find they are underrepresented in the WORM’s studio activities. As WORM knows, I have been an advocate for more diversity in the music industry for a long time. But it was also a way for me to again be more involved in electronic music, to learn more about the synths, sound recording and processing. We meet once a month and – pre-Corona – played around together with the instruments in the studio. We have done several workshops; for instance a guitar workshop and voice-sampling; we formed several small or larger ensembles who have played venues and festivals. Some of our members, Tamara van Suylekom, Andromachi Kokkinou, Yoana Buzova and Inge Hoonte, initiated a zine called RE#ZINE-STER, and they were also involved in a 3-day RE#SISTER showcase in the summer of 2019 (more about that below). Also, a series of radio plays were produced by RE#SISTER members, at the invitation of Lukas Simonis, coordinator of the studio.

The expertise comes mainly from group members themselves, who share it with those interested. There are people who build percussion instruments with contact mics, people who do tape experiments, people who are familiar with Ableton software, there are modular synth noodlers, noise lovers, and people who like everything as long as it makes sound. Many like to work with voice and text.

So most projects are initiated in the group, which I am really happy about, as it was never my intention to individually set up a programme with regular courses, and control everything. The only structure I offer is the monthly meeting (now via Skype), our own server and cloud service, and, of course, the studio as a playground! One of the members has built our website. And it is great to see that WORM has embraced and supported our activities from the start, has offered studio and stage opportunities, so that it can all develop and grow.

We’re quite a fluid collective, with around 20 active members, and around 25 people connected in a more occasional or distant way. 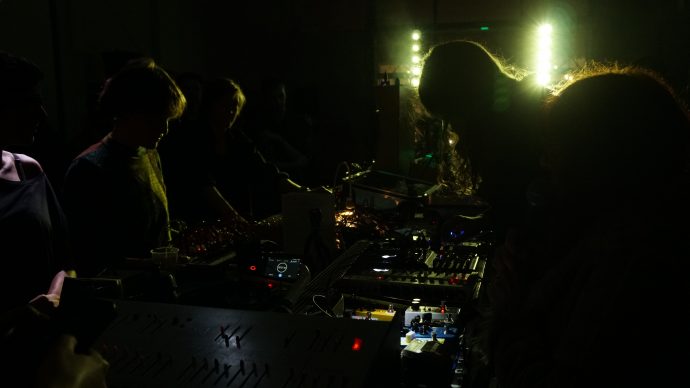 COPING WITH CORONA
During the lockdown, being unable to play together in real time, we decided to make a collective composition where each participant contributes a “chapter”, so a completed and edited work which we intend to present in a live-stream at some point.

Also there is a plan for a second edition of RE#ZINE-STER, as a printed zine. I like the idea of RE#SISTER being manifest in many formats, that pop up spontaneously from the group. Writing or graphic art are part of it, but also setting up a pool of equipment and instruments that people can lend to one another, even the transport of stuff. In this way there is not only peer support but also economic support for musicians trying to realise a project.

RE#SISTER – TESTING THE WATERS (28, 29 and 30 June 2019)
One of our members, Inge Hoonte, came up with the idea to develop a RE#SISTER showcase at OCW, a small project space run by artist Arnold Schalks in the centre of Rotterdam. OCW is amazing in that it runs without subsidy, and solely thanks to the enormous energy and dedication of Arnold, who provides his own studio for experimental performative arts and film screenings. It has been the most ambitious RE#SISTER programme so far, a 3-day showcase with different performances each day, but also installations in the hallway and in the garden plus a RE#SISTER shop.

As you can see in the video, it was, artistically, a major effort for RE#SISTER, but although OCW has great facilities, in terms of curation and production it was a lot of work for both Inge and Tamara, and in terms of finances, totally depending on visitors’ donations. We surely hope to be able to realise such an ambitious showcase again in the future, but much depends on people’s motivation to do this work with hardly a financial reward for it.

LOOKING AHEAD
Who knows? RE#SISTER might one day become a proper institution, with funding? Do we want that? Of course we want the funding, but for me the collectivity, and the grassroots, self-generated actions thus far, are what is crucial and essential to the whole thing and make it so much fun.