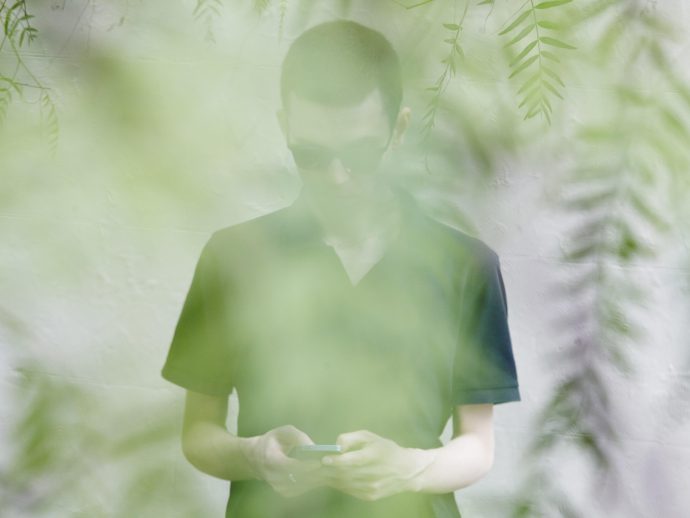 I am an artist and writer. I work from both these footholds, whatever I am doing. I’ve been living and working between Northern Europe and Australia for some time now.

What do you want to make at WORM Sound Studios? And how do you approach making sound?

I came with some written work that I knew I wanted to use, and I thought about applying this to composing in a few ways. I thought that I would process some of the text in the studio from recordings I’ve previously made, as well as do this live, and just see where I end up by thinking any of that through with some of the instruments. Whatever I am mindful of before I start tends to immediately get stripped and reapplied in other ways; see what is interesting and what isn’t, tending toward finding something that registers as synthetic.

Any particular equipment you have got your eye on in here?

I wasn’t focused on using anything in particular in the studio. It is a unique occasion to work in an environment like this. Just having a desk that size and being able to route everything around the studio was itself interesting. I ended up spending a lot of time using the Serge. I learnt a lot in the studio, which seeded other ideas. This was perhaps the most interesting thing in the end.

What do you think of Rotterdam? As a city and as a place to work?

I’ve visited Rotterdam once before. I really like the city. I think this was especially the case working from WORM. I did a lot of walking. Walking to where I was staying in the early hours of the morning was superb. Empty streets.