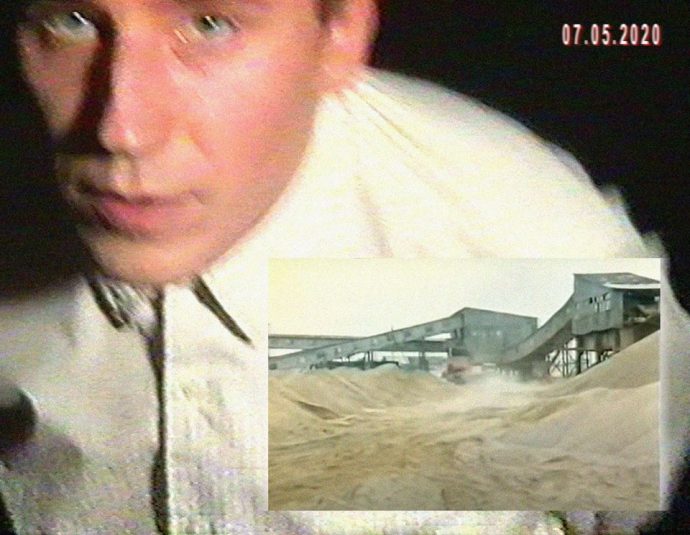 WORM caught up with Jenya Gorbunov of Moscow’s гш / Glintshake and Inturist, to see if he’d made anything concrete of his time at WORM’s Sound Studios last November. Currently in lockdown in Russia, Gorbunov has been phenomenally busy since the corona crisis, seemingly publishing and playing material daily via his Instagram or as part of sympathetic initiatives such as the incredible online боль (‘Pain’) day festival in March; where the cream of Moscow’s alternative scene played in an empty venue. Incidentally боль seems to be going ahead as a full festival between 3-5 July, risk takers can apply…

When you look back at your time at WORM last November, what do you feel you got creatively out of the studios?

Oh, it was a perfect week! I should say that I absolutely love WORM, and I think Rotterdam is my favourite EU city right now, mainly because of WORM and also that alcohol store there (laughs) (ed – Jenya discovered a previously unlocked love of jenever). I’m seriously thinking about where I want to get old, where I will be happy as a senior. And Rotterdam is perfect, it’s a very lively city, with a lot of crazy guys who really give a fuck about what’s going on. Maybe it’s just a first impression.

When I went to WORM for the first time (with гш / Glintshake in January 2019) I felt instantly in love with the place because of its style; a venue that looks like a TV studio from the 1970s. The studio is just perfect, with all this modular and 80s synth stuff. And you can reorganise the place if you need a big or small stage, or a screen to make the cinema or something else. I want to say it’s the best venue I ever played. So, when you said that it’s possible to work in the studio for a week I jumped at it. I had no idea what exactly I would record, I just wanted to go back into town and see WORM and also try more types of jenever (laughs). And the first day in the studio was a bit blurred. But I discovered the stuff that sounded the most ridiculous, and I chose three synths with very funny cheap sounds (flutes, sax, slap bass, marimba, kalimba etc.). I then started jamming with them and with the loop pedal. There was also a cool guitar synth that responds to guitar notes and repeats them with a synth sound. I had a lot of fun with that, because it can’t read two notes at one time so it makes a cool glitch sound. As a result of those sessions I got 10 hours’ worth of weird jams.

And you said you were making an album out of this material? What is it like listening back to the recordings you made? What do they make you think?

It’s funny but I thought about (real) worms and the soil when I recorded those sounds, the way they are fat and bendy and very earthy; very much like old jenever’s aftertaste. And I also kept in mind the transience of being and stuff like that! And now it’s very funny because this time we are living through shows us that humility and living at a slow pace are normal things and all this crazy stuff that going on is nothing in comparison with eternity, ha ha! This new album, then, is about death as a boring routine part of life; no romance, no big great meaning, just the part of the pointless process called Life on Earth. I think I will name this record “Off-Season”, it sounds cool in Russian, Межсезонье (‘Mezhsezonye’). In Russia there is a style connected to this word that remains some afterglow of Soviet movies from the late 80’s. This new record contains three songs. I wrote the lyrics for them when I played an improv set in the DIG store in Moscow, and I just decided to record those lyrics on some WORM jams, and they fitted like a glove. One of those lyrics is about a little worm dancing on a dead body. No, it’s not a gloomy dark song, it’s pretty funny and the melody sounds like an old naive Schlager. It’s not a dark album, it’s “off-season”, a strange condition, something between “good and bad weather feelings”.

You seem incredibly busy! In some ways I know two Jenyas – the easy going person in “real life” (or should I say old, pre-COVID life) and the online Jenya, who is seemingly everywhere, with new music or art every day.

Yes, it’s crazy how this mad creative life in Moscow keeps its core madness intact, even in this situation. I made a lot of streaming material during the quarantine, I started my online show with dream interpretations and new age synth improvisations. I also made video shoots from my apartment a few times for different media outlets. Oh, and also, I’ve made a new animated music video for my abstract album, ‘Action!’, that’s out on May 20th.

Oh, yeah, we did a recording session with the band and recorded yet another album (laughs), and maybe this Saturday (that Saturday being May 16 at time of interview) we will play another online gig in the Powerhouse Moscow. I can honestly say that it’s pretty awesome to live here and make all this stuff, I feel myself as a lucky guy. And I think that’s crazy to think that there are two different lives; pre, and post COVID. Oh no, it’s just life and it’s full of weird stuff and nobody knows what’s next. It’s not a pause, life’s going on, ask some cats or dogs (laughs).

Actually I really love to stay home and always loved it. I always have a lot of jobs to do and I never bore myself. Maybe I’m making a lot of stuff now because nobody tries to get me out of my building?

What’s the situation like in Russia at the moment?

Absurd is still THE Russian style for all time. I think it’s the national idea. Some people still pretend nothing is happening and most of them hold high posts (laughs). They are easy to understand, they just want to save their asses and try to take as little responsibility as they can. Some ministers quit their posts because of COVID, they just know that someone who sits a little bit higher will eventually make them scapegoats. So, we have a lot of crap and the main blow falls on doctors and patients. It’s terrible and this situation illustrates this Gogol-like official hell that has become a huge tradition. Nothing changes. And it’s pretty amazing, I mean as a material for study, it’s stable as a colony of ants or the rituals of some types of turtles that existed during the time of the dinosaurs.

How do you think artists like you will survive? Cunning?

I don’t know how I survived the crisis of 2008 and after, the crisis of 2015… I think people like me who never had lots of money anyway, have almost nothing to lose. All our capital is in our heads. And also I think all that crisis stuff keeps prices for rented apartments in Moscow low enough so they are affordable for musicians. It’s the positive side but who knows what would be without those crisis years. What would it be like if we had three hands? I think every crisis makes you stronger and makes you move and try something new. It gives you freedom from some things that are not really important and makes you focus on your art and your position. 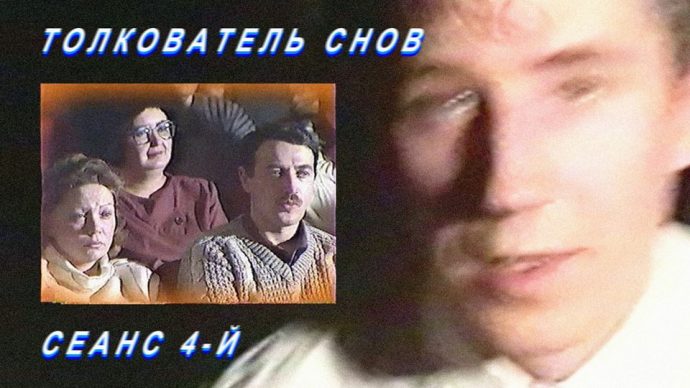 I saw the locked down Pain “Quarantine” festival (25 March 2020), that looked incredible, how did you experience that? Was that easy to do?

It was the best lockdown event for me, I sat at home watching all the shows and felt like I’m in the middle of the coolest party ever, and then I came to that venue where all the bands played and it was fantastic, like a birthday and new year party at once. And everyone really cared about each other’s music. It’s not a typical situation for Moscow (laughs). I think we understood how fragile we all are and started to appreciate everything more, our community and the music of our friends. But maybe we were just fucked up sitting home. I don’t know but it was magical.

Open City
We use cookies to ensure that we give you the best experience on our website. If you continue to use this site we will assume that you are happy with it.Ok