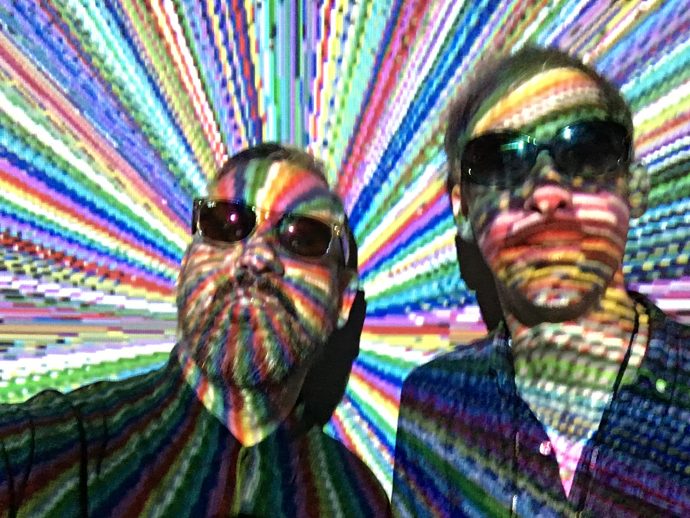 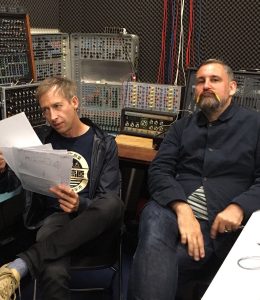 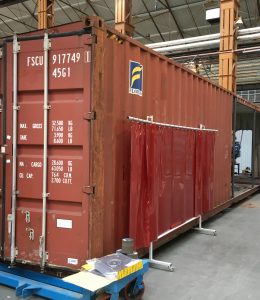 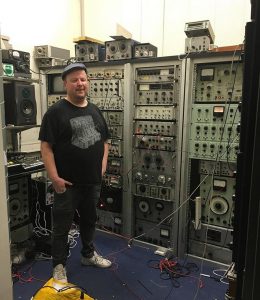 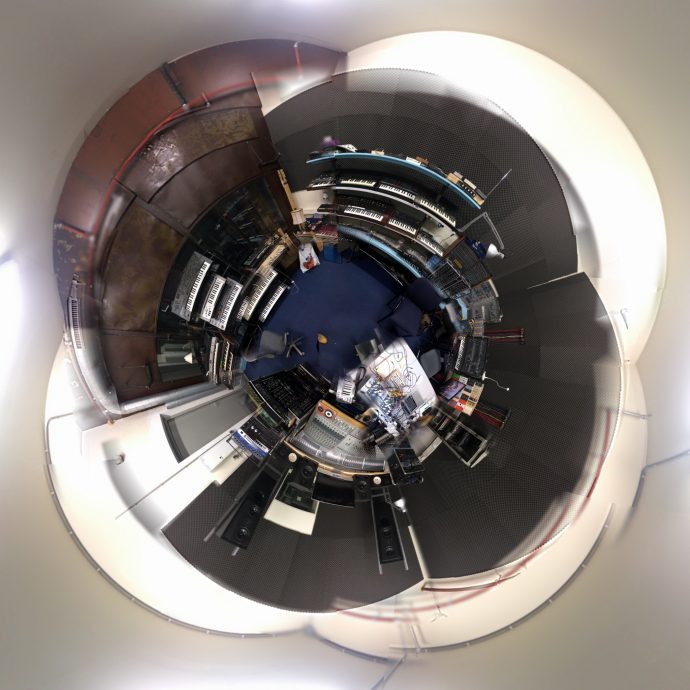 Musicity: introduce yourselves!
I’m Nick Luscombe and I’m the founder of Musicity and I’m also a DJ and broadcaster for BBC Radio 3 in London. Steve Hellier is a music producer based in London, and ex member of Death in Vegas.

You were here in Rotterdam on a special mission, explain
(Nick) Steve and I work together on various sound projects at different locations around the world… using field recordings and mixing techniques to create tailored audio experiences. For Rotterdam we focused on shipping containers and “hidden” sounds of the city. We then put the sounds together to create a 30 minute performance (in WORM) which we hope told a story of various moments in time across our week in the city.

(Steve) We came to “play” some shipping containers, spent an afternoon at RDM hitting an old 40ft container (FSCU 917749 45G1) and recorded the resonances. They have their own haunting sound due to the sheet steel panels behaving like reverb plates (the first device used to make an artificial space on records in the late ’50s and early ’60s). It’s part of an ongoing project to collect sounds from old containers and make sound work from them. Rotterdam is the place for obvious reasons. I was locked inside an old disused south Korean container in London and made Ambisonic recordings of the experience as a way of capturing the stories of it travels so this trip to Rotterdam was very much another episode of that work.

What are the things that make Rotterdam so remarkable, sound-wise for you?
(Nick) It’s fascinating being lead through a new city by one’s ears rather than by visual cues. Rotterdam has many unique audio characteristics  – I particularly enjoyed the sounds from the many flagpoles along the waterfront  – each country seemed to have a unique melody and rhythm.

(Steve) The city still has the feel of a working port, which has some unique character and is a stark contrast to London which was a thriving doc in its day. Its demise and the subsequent de-industrialisation was brought about by the shipping container. I wanted to capture those sounds and splice them with a kind of homage to early “industrial” music which was the cultural reaction to that process, using those post industrial remains as a means of music production, as a political expression, as a protest.

How did you negotiate your way round the studios?
(Nick) The studio was a great space to create the mix…the surrounding technology was all so beautiful – so many synths I’d never seen in real life!! To be fair we didn’t use them, since we were dealing with found sound rather than music making equipment. But it was an inspiring space nonetheless.

(Steve) In a way it was too much, so we had to get our heads down and concentrate on the project at hand and try not to get distracted by the surrounding synthauntology. It didn’t go unnoticed that the WORM studio is partially fabricated from old reclaimed sheet steel welded together. I’m sure that seeped into the work we made.

Any equipment you got attached to?
(Steve) What was great about the studio first and foremost is it acts as a hub for passionate likeminded electronic musicians. We met the owner of the ARP 2600 (Chris David), cheers Chris for letting us have a play, and then Dennis (of Noodlebar fame) and his oscillator synth cave, what a labour of love. Oh and the Russian 808 was pretty special too. I’ve been promised samples when it’s fully repaired.

And your impressions of WORM in general?
(Nick) An incredibly inspiring place… great people… and a really worthwhile and wonderful thing! Loved the venue and the studio.  We need more WORM in cities around the world!
(Steve) Great atmosphere, creative, inclusive space for collaboration and experimentation. Perfect. Would love to come back and work on other projects if Dennis will let me into his oscillator sweat lodge?

Publications
We use cookies to ensure that we give you the best experience on our website. If you continue to use this site we will assume that you are happy with it.Ok