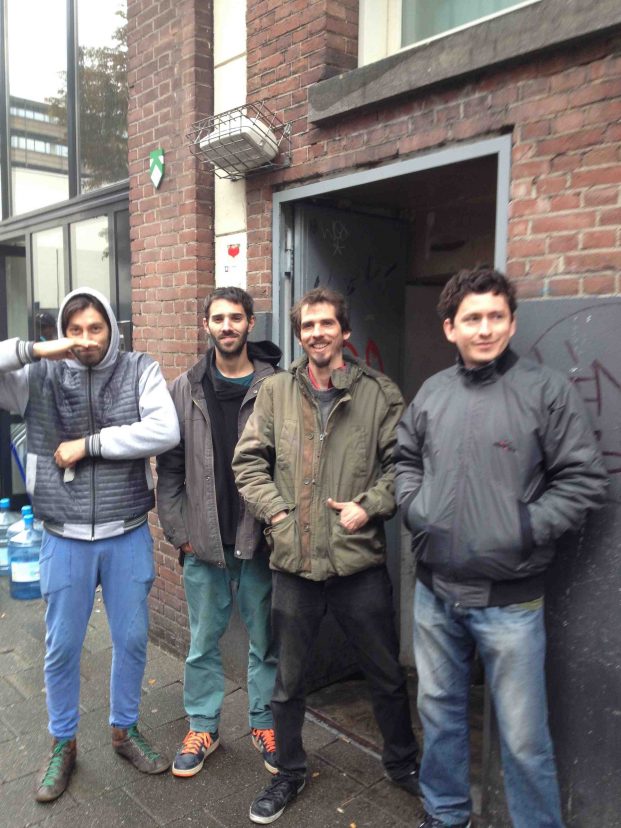 About us: This is our second time doing a residency at WORM and the third time in Rotterdam. We are from a small town in the northeast of Argentina called Curuzú Cuatiá. The style of music we do is a mix of Argentinian folk music with experimental noise. We’re on tour right now; so far we’ve played in Newcastle at TUSK Festival and in London. We are performing tonight at WORM together with Porest and others*.

Can you tell us about your performance*?

We don’t know yet, we’re trying to figure it out now. We have a lot of different sets and half of it is improvised. We make a lot of choices as we are playing. We’ll also be in costume. We can’t tell you a lot about our performance because on stage, we’re not the same people as who we are right now.

We like to experiment with sounds and WORM has a lot of equipment we can work with. We were here for the first time in 2009 and we started working on some recordings. Now the idea is to finish them up. We’re thinking of doing a record of weird and old electronic sounds mixed with the things we usually do.

We’re interested in using guitars and vocals and then we’ll try to process them through synthesizers. We did that the last time we did a residency at the studio and it was really interesting. It makes really weird sounds!