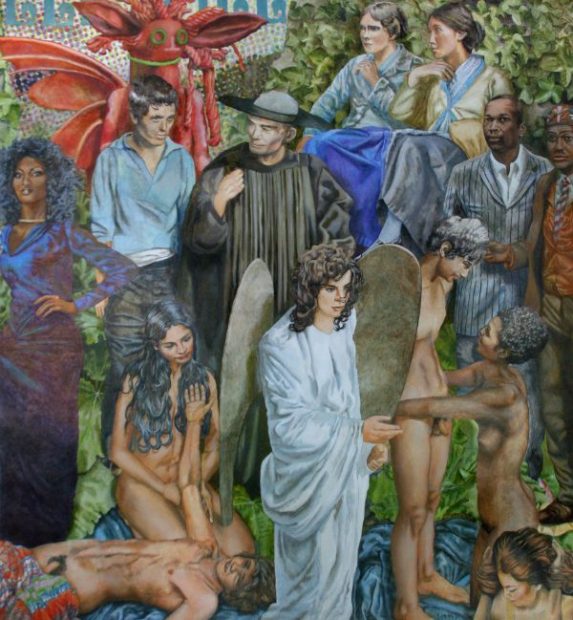 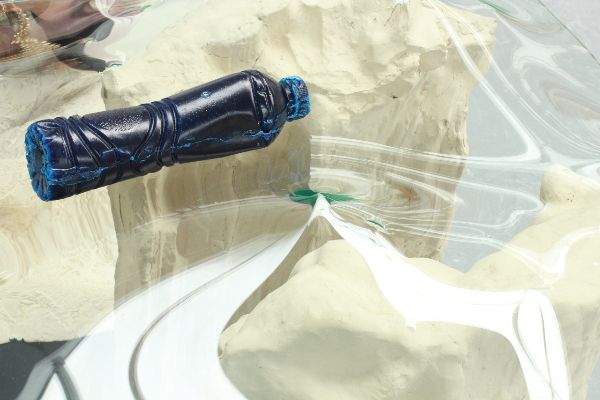 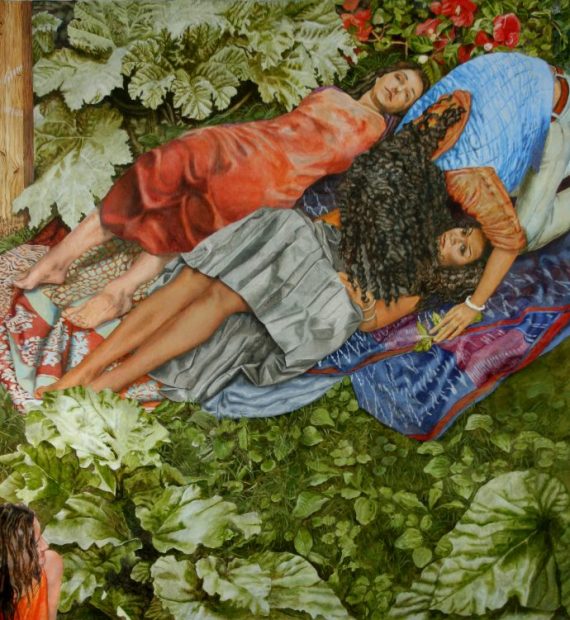 Jan van de Pavert started his career mostly with works that were in connection with architecture. He looked at the function and the way that theatres worked and later on he designed more complex spaces. His works contain murals, paintings and digital works. He also creates digital spaces which he shows in a film. In these spaces he designed among other things wall paintings inspired by the Mexican muralists. He wondered: “What would these muralist paint in this time?” His later murals are connected to youths, freedom and personal heroes. His figurative images are becoming more detached from his animations and he says that in this sense the paintings are the future. More about Jan here: janvandepavert.nl

Lily Lanfermeijer’s work is often presented as, or as elements in, an installation, but recently she has focussed more on making standalone sculptures. She regularly chooses materials like plaster, wood, glass, clay and sometimes metal. these materials and techniques are fairly robust themselves (wood, glass, plaster and metal shaped by hand, machine or a mould) she likes to alleviate their workmanlike character by introducing other shapes which evoke a different kind of recognition. By adapting every day, familiar shapes they lose their particular functionality. The recognition of these shapes is an important part of the work.

‘A Harlequinset of Staddle Stones’ is a series of sculptures used in a video. A selection of these sculptures are shown during this exhibition. The works are mostly inspired by applied arts and design, like interior design or architectural elements for a garden. Many pavilions and garden features from the 18th century in England represent a romantic notion, if not a glorification of nature. Inspired by the fashions from this era, Lily Lanfermeijer made a series of sculptures that remind us of a garden statue, or a salon table. For example, a video; in which a model poses next to these works, playfully engaging in the paradox between the natural and the simulated. Specific details of the posing model are shown during unguarded moments, like the ticking of her finger on the glass or the moments just before taking a pose.

SLUMBERLAND aka Jochem Baelus is a Belgian Musician and filmmaker. in 2013, surrounded by trash and some microphones, he was hidden for three weeks long in an empty old brewery to record his first solo album. On ‘Slumberland’ hairdryers, mouth organs, a kalimba of knitting-needles and an assemblage of drum and sewing machines are enriched by the raw guitar sounds. Find out more here: www.thelostrodeorider.com/slumberland.html

Arvind Ganga is a guitar player from Den Haag, the Netherlands. He takes a physical approach to guitar playing, employing objects and extended techniques to explore new sonic possibilities. His music draws from influences as diverse as noise and drones, North Indian ragas, experimental rock, and everyday sounds. With free improvisation he brings these together into an intense, loosely structured, chaotic mesh that is bathing in the rays of a deep red sun. Ethereal noise with a punk-improv attitude. Find out more about Arvind here: www.arvindganga.net