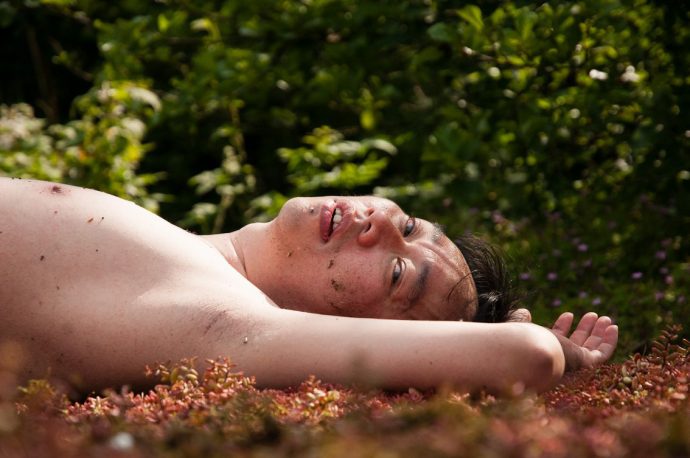 Dear viewer, it is here! The sixth video premiere of IMACO (The Imaginary Art Collective) in which artists explore what objects mean to us and when it’s time to let go of them. In this week’s release a new performance by composer Philemon Mukarno.

“In my life I’m a believer. Objects are only a tool”

Mukarno is a unique figure in contemporary music. The use of electronics is one of his trademarks. The compositions demonstrate in their own way his original ideas and his need for intense expressiveness, in a musical language that does not refer to tradition. Each piece has a strong economy of Means and a strict control of Form. Means and Form are used by Mukarno in an elementary and powerful way.

With Philemon Mukarno we enter the mysterious world of musical composition. An art made of sounds, notes and technique: something that happens in the mind and spirit and that is not materially palpable.

This is the central “node of the conversation” with the composer, who carries with him an object that all common mortals use, but in his hands it becomes a container of spirituality and technicality: the computer

For Mukarno, the computer is only a means of being able to create his art. Inside it there are many of his most important musical compositions. It was his first computer so the emotional bond is very deep; not for its material envelope but for the art it carries within itself.

Conversing with the artist, I perceive a non-attachment to material things. Spirituality and belief in God are the forces that lead him to approach a more mental approach to art. Mukarno is a performer too; but his true calling – and his job – is musical composition, especially electronic composition. Experimentation and technical rigor make the art of Mukarno notable.

The composer devotes himself to works that are commissioned. Probably he spends many hours on the computer to create; in his life, objects are only matter; matter that over time wears out and is destroyed; while art in all its forms remains above all in the interior of people.

Even the decision to break this computer makes us understand that what is important is what has been created inside it. Computers as a means of creating music and spirit.

And it is through the performance at WORM that Mukarno, through a rite of passage, delivers the fragments of an object that was the life partner in the artist’s journey as a composer. To break, to be reborn; not to be attached to an object because it is a means of creating something that remains in our ears and in our heart, soul.