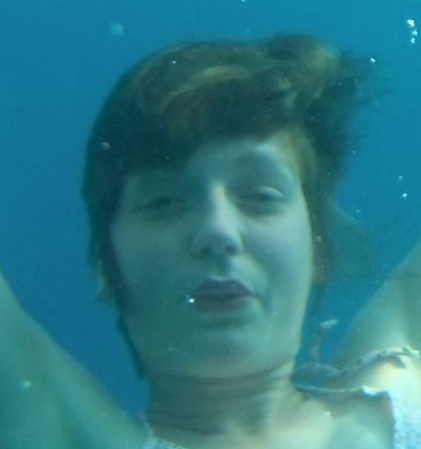 A JOURNEY INSIDE OBJECTS

I imagine Iris with her sweater dress made by her during a festival in Belgium, where WORM was also one of the participants. At the festival she decides to sew a dress for the occasion with recycled materials, a set of blankets with which she creates a sort of camouflage. During our conversation, the artist wears this big dress and I note that a little sadness shines through, because it is difficult to separate from an object, from a partner of a moment and – in this case – from an experience.

What emerges from Iris’s creative work is a particular attention to the act of “collecting objects” that capture her attention; whether on the streets or a path, or through her travels and experiences. She likes to move objects from one place to another, to put them in transit. Transition becomes the central point of the conversation. Objects cast as a symbol of a passage, especially during this performance, where it is decided to deliver the object to another artist to do something else.

Iris gets rid of the dress by cutting it into precise pieces, corresponding to the seams, and using large scissors. What will it become in the hands of the next artist? At the end of the performance this garment no longer has the shape of the first one, but it is divided into various fragments: and it is not clear what shape they will take in the future.

Transition, passage and delivery of a loved object from the hands of one person to those of another, with another story to tell…