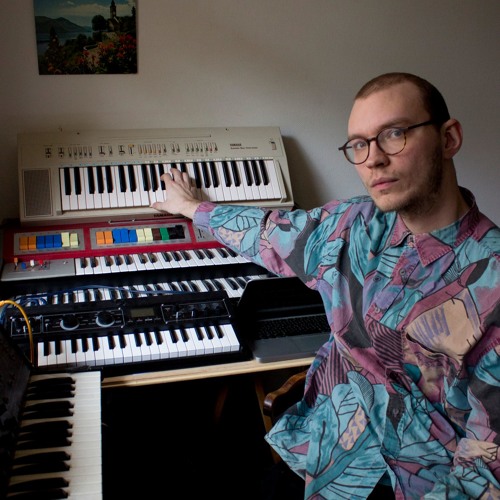 Gunnar Gunnsteinsson is an Icelandic composer based in Amsterdam. His eclectic musical career began with marching bands, beat music, electric bass and rock bands before eventually coming to fruition with a full focus on electronics.

What are you working on this week?

I was thinking of doing an album actually. I want to research old medieval music and find a way to combine it with this electronic approach.

During my time here I want to try to figure out a sound that could combine to these ideas.

So what equipment have you been using?

It’s funny because I was mostly interested in the analogue synthesizers here – the ARPs especially. I was trying those out and then I saw this this sleazy-looking synthesizer. It has a sort of cheap early 90’s or 80’s sound that I like very much, so I’ve been mostly using that actually. I didn’t foresee this, being surrounded by all this great equipment.

I’m also planning on trying this Klangendum Modular Mix. So I guess the sound is going to be a mixture of cheap 80’s/90’s sound and some analogue for percussive sounds.

I’ve known about the studio for a long time. I studied music in Amsterdam and my teacher talked a lot about this place. I showed interest in analogue synthesizers and he kept encouraging me to visit this studio. So finally I’m here.