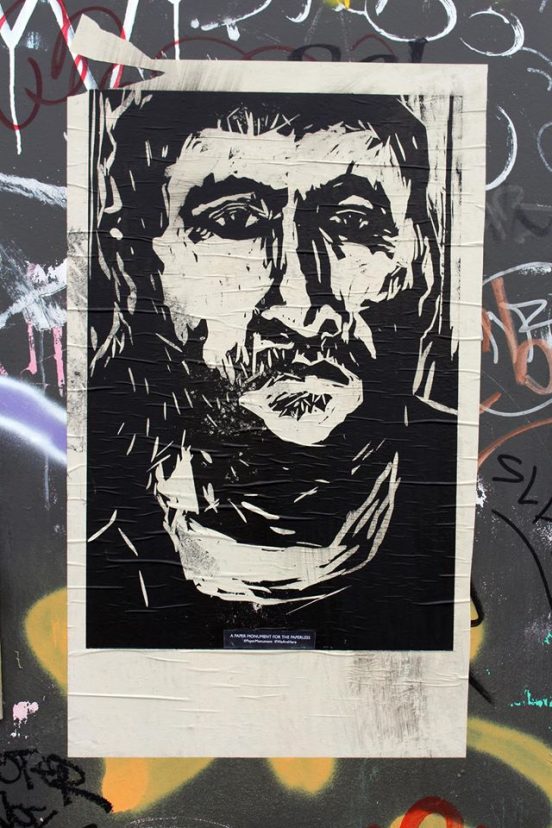 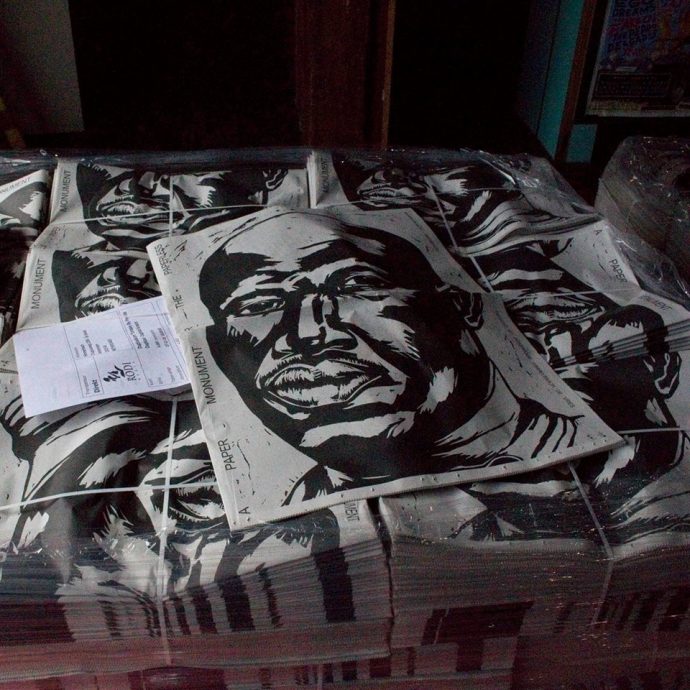 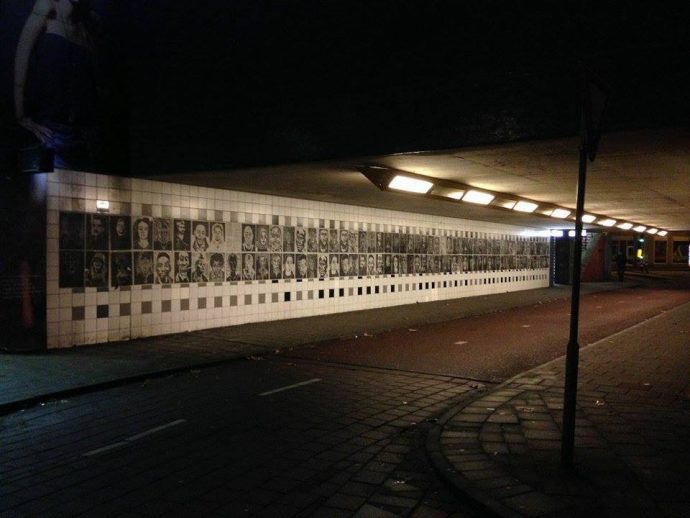 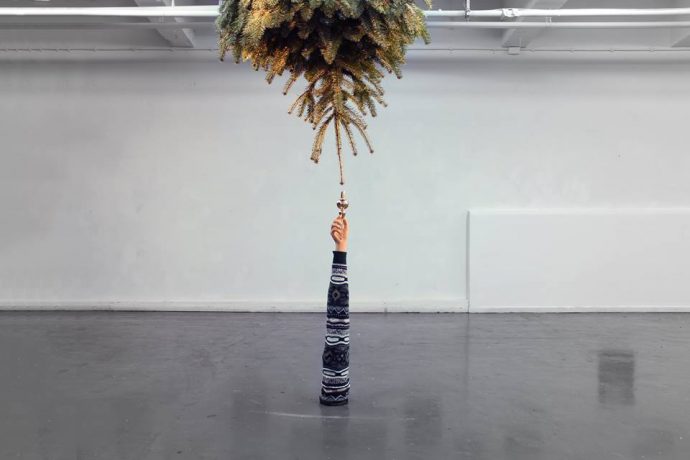 A Paper Monument for the Paperless / The Tree -decemberSLASH 2016

A PAPER MONUMENT FOR THE PAPERLESS / Domenique Himmelsbach de Vries

“A Paper Monument for the Paperless” is an homage to undocumented refugees. Its purpose is to quite literally give them a public face.
The idea originated from an invitation made in 2013 by refugee collective We Are Here, calling for artists to help devise projects that would enhance their presence in the public sphere. We Are Here represent refugees residing in the Netherlands who, for various reasons, are unable to leave the country.
Due to the escalating refugee crisis across Europe the situation of refugees already residing in the Netherlands had by this point disappeared from public consciousness. Yet what many people are still unaware of is that these undocumented refugees have often been stuck living here since well before the refugee crisis reached the news in early 2015. Being unable to return home, but also unable to work, access social housing or receive social security, these people are consequently almost entirely reliant on the charity of others, with many left no choice but to live on the streets.
Amid this basic denial of a person’s right to safe shelter, certain things typically taken for granted slip by the wayside, like the less acknowledged human need to be active, to express oneself and to be creative. With this in mind, an early impulse of the participating artists was to do something simply for the sake of doing something. Workshops were organised in which refugees could tell their stories in a safe and friendly environment. From this, in turn, came the idea to portray the refugees in these moments, to capture them in the fullness of their humanity, when they were momentarily treated as people once again. The idea was to immortalise them through the medium of woodcut printing, creating a paper monument for these paperless people.
Initiated by social artist Domenique Himmelsbach de Vries and evolving into a collective effort involving a group of 15 artists, the monument comprises a series of 60 portraits of undocumented refugees residing in the Netherlands, engraved in wood and made for the purpose of printing the portraits in large quantities and sticking them up through the city streets. As Himmelsbach explains, ‘Undocumented migrants are seen as invaders, they are locked up in prisons and their individuality is stripped away.’ Set against this hostile context, the monument seeks to restore the refugees’ identity and raise awareness of their situation in the Netherlands.
Throughout the project the artists were conscious of the fine line between commemorating and sentimentalising the lives of their subjects. Working with these people is deeply affecting, sometimes uplifting but always upsetting, hearing regularly the most harrowing life stories relayed with a remarkable composure. But words like “inspirational” or “heartbreaking” do not remotely capture the conditions that have created this situation. These people are often struggling simply to stay sane through bureaucratic procedures that seem almost calculated to cause extreme stress and push those subjected to them to breaking point. Indeed, while it is difficult to keep track of undocumented refugees, at least two of the people portrayed by the monument are sadly no longer with us. To sentimentalise in this context would be to deny the culpability of a system that can so casually discard any person who has decided it would be safer to leave their home, their family and their friends, in search of safe haven elsewhere in the world.
But with that said, nor was it ever the aim of the project to moralise. Although the situation necessarily has a moralistic element (something which has become especially pronounced following the growing consciousness of the wider refugee crisis), the Paper Monument is really just a series of portraits of people who have up to now been ignored. By adding an extra layer to the spectrum of engaging strategies, this poetic public work simply aims to have the stories of undocumented refugees reach the kind of people that other activist strategies might not reach. It hopes to operate like a Trojan horse, using the beauty and craftsmanship of this medium to remind politicians and the wider public of this oft-concealed situation, bringing the situation of these undocumented refugees into the public consciousness and humanising those that have been dehumanised.

Limited edition to finance the project’s continuation:
The next step in this project will be to reproduce the 60 portraits in limited edition woodcut prints. All the proceeds from this limited edition will go to financing the further spread of the “Paper Monument for the Paperless”. If you are interested in supporting this project by buying one of these handmade woodcut prints, please subscribe to the newsletter on www.himmelsbach.nl or email info@himmelsbach.nl and you will be informed when this edition is available.

Studio Met/Zonder created the graphic style for In Limbo Embassy, a refugee-run embassy that does not represent one country, but where refugees-as-ambassadors represent themselves. In S/ASH GALLERY Studio Met/Zonder presents a new short project “The Tree”. About Studio Met/Zonder: “Overall we like to make good things more clear (and more fun). We don’t like making shitty things look nice.” Check out their other projects here.