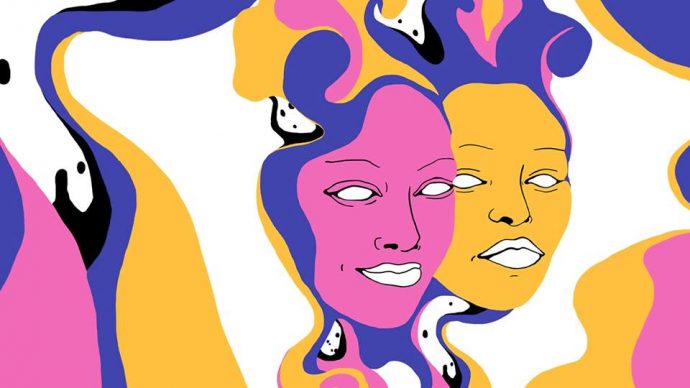 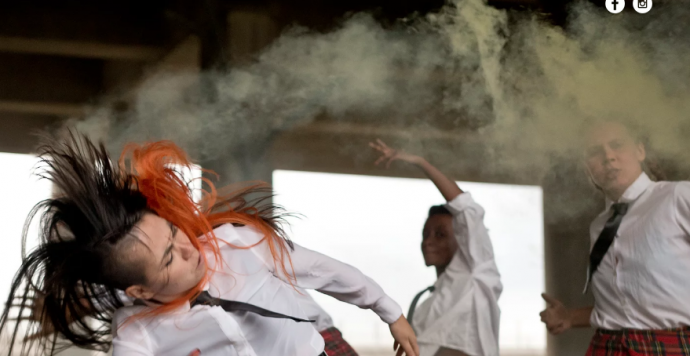 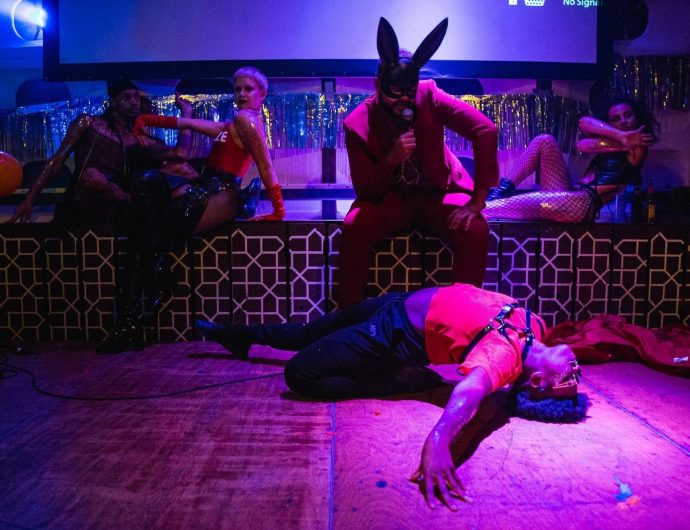 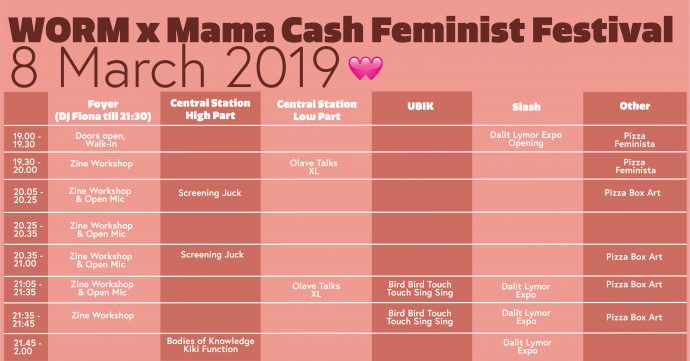 This edition centers around the theme: Bodies of Knowledge. A term that refers to the core teachings and skills required to work in a particular field or industry. But we also highlight the physical meaning: What do bodies communicate, what does a body represent? Every body needs space. But is every body allowed to take up space?

Reclaim bodies of knowledge! Reclaim the stage! Let’s block the way eating pizza and smoking cigars! Let’s compile and print our own bodies of knowledge, let’s dance and make noise! We feel feminist and queer action is needed and we welcome you, whatever you are, to think, talk and act with us.

Check the timetable below to plan your route through WORM.

Juck is a Swedish word and means “thrust”. As a dance group they challenge traditional conventions and the relationship between performer and audience. Central to the search is exploring and widening the notions of femininity and gender.

The film Juck swings between documentary, dance and fiction and was made by Ulrika Bandeira, Julia Gumpert and Olivia Kastebring.

Sound and performance artists Nguyễn + Transitory (Nguyễn Baly and Tara Transitory) together with 2 other local performers will be presenting an immersive site-specific performance, exploring Southeast Asian and diasporic queer existences+histories as well as (de)colonial approaches to sound, synthesis, noise and rhythm. “Bird Bird, Touch Touch, Sing Sing” celebrates inter-dependency, vulnerability, closeness, disorientation, and trust, as forms of collective decolonial resistance.
A quiet coup attempting to displace the structural imbalances, to disorientate geographies, and to find space for silenced narratives. In this work, the performers attempt to create another reality – through touching, proximity, and movements, that is not pre-choreographed but created in the moment by the circumstances within the process of creating the sound and by the movements of the performers+audience becoming a collective body.

Bird Bird, Touch Touch, Sing Sing will be built in WORM’s UBIK space in the week before this event. You are welcome to visit the artists in their residency on the 7th of March! All info here.

The Kiki house of Angels and Kiki house of Major have teamed up to present the Bodies of Knowledge Kiki Function, an event that honors queer and trans icons of the past and present, serves you fresh categories that celebrate a full spectrum of bodies and gender expressions.

Founded by black and brown queer and trans folks in New York, the ballroom scene has always been a place where LGBTQ people could find community, celebrate each other, and be their fiercest selves.

Come kiki with cat boys and lion babes, luscious goddesses and dream boys, butches and fems, drag royalty, and everyone in between.