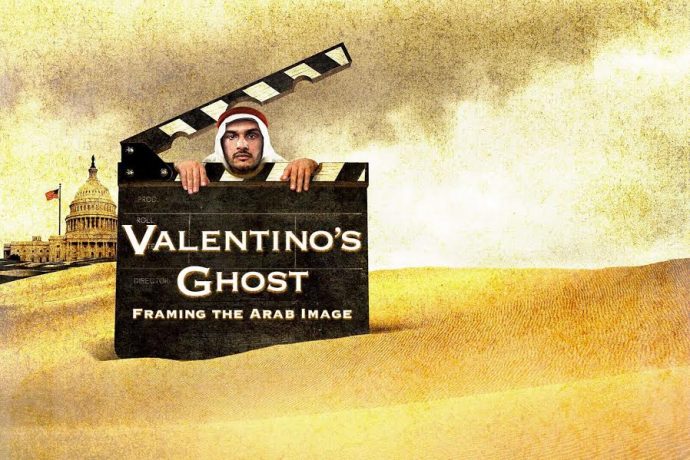 Including exhibition tour and Q & A with director Michael Singh
19:00
WORM

Valentino’s Ghost – Why We Hate Arabs And Muslims
Michael Singh, 2012, 95min, USA
Narrated by Mike Farrell, the documentary film Valentino’s Ghost exposes the way America’s foreign policy agenda in the Middle East influences Hollywood and mainstream corporate media portrayals of Arabs and Muslims. Premiering at the Venice Film Festival, Italy, to a standing ovation, Valentino’s Ghost tracks the transition from the Arab as Romantic Hero to the Arab today as the embodiment of evil.

Why do supremely talented artists and intellectuals in America consider it perfectly “realistic” to depict Arabs and Muslims in a fashion that would be described as bigoted, if applied to blacks, Jews, gays, Native Americans, et al?

19:30 Screening Valentino’s Ghost – Why We Hate Arabs And Muslims