What better way to open the city than with the bushman of Rotterdam!

Toine Klaassen explores the city’s spaces and materials as a precious playground where everything is allowed! The value is present in the possibility of variations of dirt, rust, plastic, cardboard, paper… you name it! As Richard Sennett says,”if density and diversity give life, the life they breed is disorderly.”
After Toine Klaassen’s 2017 Rehearsals for Reintegration in Paradise, we are thrilled to have him back!

Leave your digital world and browse the Real Things Tablet!
In DIY Dutch you could say: oersoeparchitectgevoel

WORM S/ASH Gallery, Boomgaardsstraat 69
(You can find the gallery underneath the “WITHOUT” sign) 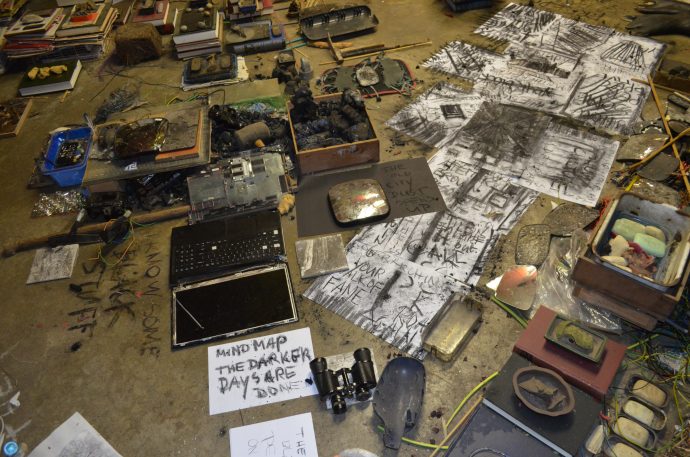