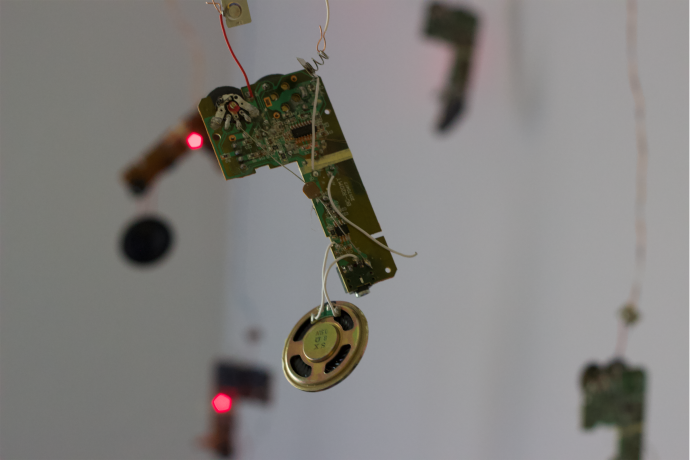 WORM Piratebay welcomes you to an interactive sound and light installation by Italian artist Francesco Zedde.

Walkthrough a forest made out of mini radios, each of the dozens of devices mimics an intricate sound that you would normally hear in nature. The same as in the wild, the soundscape changes with the progression of the day.

With light transitions, Zedde has created an artificial day cycle to which the forest reacts. The way you move through this hyper universe also influences the soundscape.

We recommend staying in THICKET for a longer period of time, so, you can experience the nuances and contrasts in the installation. So come by and make a listening session out of it!

The show is open from 13th – 17th September so you are welcome to visit multiple times!

It is a FREE entrance.

The artist will be present on the opening, so come by and have a drink with us!

All covid regulations will be followed.

Francesco Zedde is a drummer, electronic musician, composer and improviser based in Bologna.
Graduated in electronic music, scoring for films, sound design and sound engineering, since 2012 has been a member of 13 projects/bands, released 6 solo albums, featured in more than 20 records and played 439 concerts in 17 countries.
Founded and organized Discomfort Dispatch concert series (electronics/free impro festivals, since 2017), most of his music is released and presented under the names “Tacet Tacet Tacet”, (live electronics audio/visual project inspired by modern experimental and dark ambient music) and “Tonto”, grindcore one man band performed with a processed drumset and vocals.

Francesco carries on his own research activities involving augmented instruments, hacking and new media arts while keep on touring, producing and teaching.

– MORE ABOUT THE INSTALLATION –

Lindisputably developed on a path distancing ourselves from a so-called natural environment. While the basic concept of what nature is will forever be a rich ground for disputes, no can deny that how we shape our homes and artefacts in industrialized countries, reminds very vaguely what once was a symbiosis with the environment.

On the contrary, we’ve searched for and created phenomenal tools to cheat the real weather, stop the growth of plants or fattened the biodiversity to be around animals that either serve us a purpose or are too small and insignificant to make us any damage.

How much is too much? Can humans flourish having only representations of what before was part of us? Posters, documentaries, games, all together in a make-believe version of interaction to an ecosystem.

“Thicket” stage a fake biophony, an imitation of a population of sounding birds and insects by mean of the most refractory and residual technological obsolete device. Natural soundscapes changes with different times of the day, fading between different timbres and sound aggregation processes, instantly reacting to the approach of humans: the same mechanism is represented as simple as that. The installation may be perceived as a grotesque parody of the approximated representations of nature such as aquariums or plastic flowers: cheap beauty from inappropriate imitation of nature, represents the sound of the guilt of humankind towards nature, a space where technology fails an attempt to create comfort and provides a disturbing distorted representation of the world. 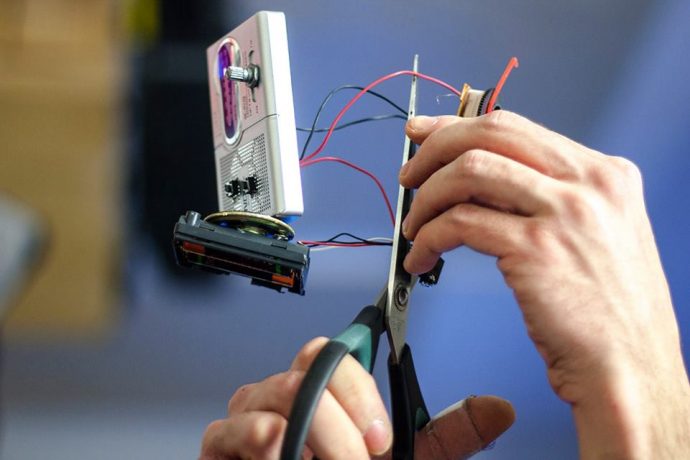 Francesco Zedde will also give a FREE workshop on 17th September. Make your own noise transmission device! Learn more here.