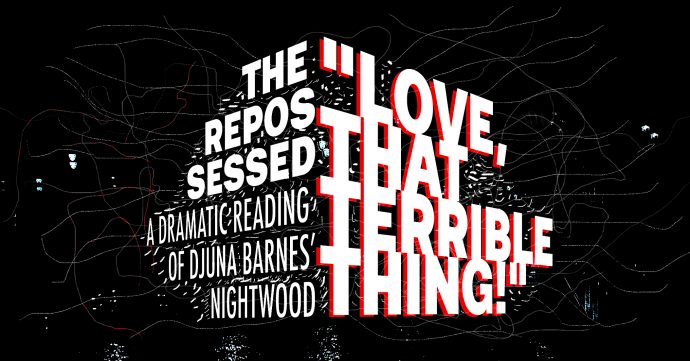 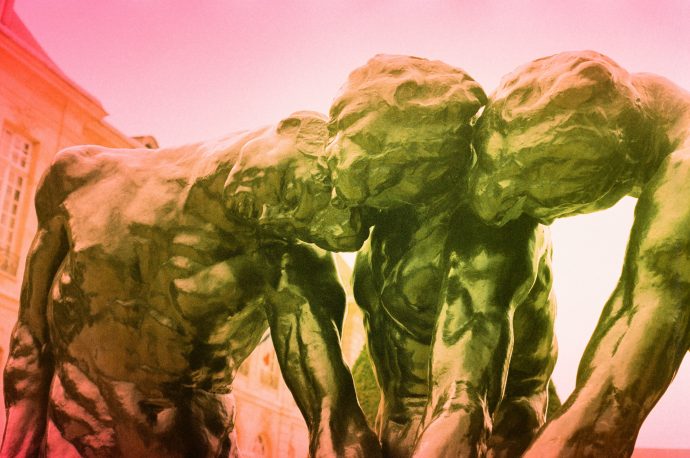 The Repossessed by Bernardo Zanotta

VHDG and WORM Rotterdam jointly present a new performance work by Brazilian artist Bernardo Zanotta. ‘The Repossessed’ departs from Djuna Barnes’ 1936 novel, Nightwood, a tale of love and obsession in which the boundaries of class, religion, and sexuality dissolve before one’s very eyes.

Djuna Barnes’ characters are haunted by their own alliance with the night and its vices. In the story, we are confronted with Nora Flood’s journey in search of her lover, Robin Vote. Re-animating this historical text, an array of references such as pop music, feminist pornography and gothic horror are addressed on stage. The performance exposes the manifold universes of Nightwood in the form of a dramatic reading by three actors accompanied by video projections and discursive elements, such as ‘The (Re)possessed Issue’, a zine published by WORM and VHDG for the occasion. This project is the first of a series Zanotta has been developing on the closet drama genre (a minor category of plays intended for private reading) reconciling its double premise of queer secrecy and staging impossibility.

You can follow the process of the piece during The Not For Profit Art Party at Pension Almonde.