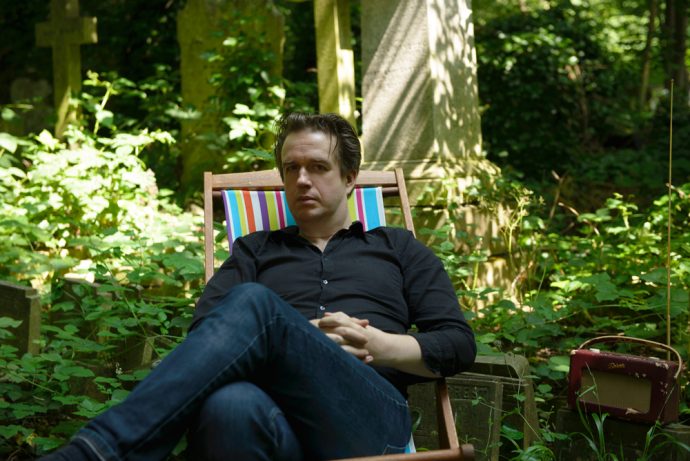 WORM and The Quietus team up to bring a mix of new and celebrated alternative acts to Rotterdam.

WORM decided to create a festival with a difference. Rather than look to the international press just for support, WORM threw down the gauntlet to internationally renowned music site The Quietus, to help programme a day of alternative fun in Rotterdam. The Quietus will visit WORM’s ‘Culture Bunker’ and bring new and inspiring avant-garde sounds to Rotterdam. WORM will respond in kind, adding piquant dashes of “hot-Roffa sonic sambal” to the overall mix. Expect exciting new names from the British underground (some making their mainland European debut) some local heroes and Benelux buddies, leftfield deejays and John Doran reading from his brilliant book, Jolly Lad!

Dan Hayhurst, the sonic section of AV duo Sculpture will also be joining the party! Dan will be performing at the start of the evening (19:00); following WORM’s Pirate Bay’s film selections and John Doran’s reading.

Bassist Mike Watt (Minutemen, Firehose, The Stooges), guitarist Stefano Pilia, and drummer Andrea Belfi are back to dish out another helping of idiosyncratic rock opera; making tuneful pastiches out of beat verse, and mixing a strange brew of punk, progressive, country and jazz.

We have some post-punk mayhem to add to the line-up for The Quietus Festival: Rotterdam-based Bonne Aparte, Belgium’s The Germans, and ILL from Manchester.

Dubbed “ruthless” by Noisey, Bonne Aparte combines elements of metal and punk in an amalgamation of extremely energetic, aggressive, yet rhythmic guitar music. They are based in Rotterdam and will be celebrating the release of their latest album, Scum Party, with a cacophony of noise. Bonne Aparte fuse extremely fast-paced drums with guitars and synthesizers to bring to life a terrifying beast of music.

The Germans, from the Flemish city of Gent, play with psychedelic sounds to alternate between gentleness and aggression. They have opened for the likes of The Kills, Fuck Buttons and Melt-Banana. Their official genre is “different”, their music consisting of a mix of soundscapes, distorted voices, acoustic guitar, and heavy guitar.

ILL is a DIY feminist post-punk band championed by The Quietus itself. ILL are completely in control of their own work and refuse to accommodate to the male-dominated music industry. Full of energy and unapologetically unmarketable, band members Harri Shanahan, Sadie Noble, Whitney Bluzma and Fiona Ledgard annihilate tropes likes “the heroism of motherhood” and “the hysterical woman” with noisy guitar riffs. They have a history of using saws and vibrators as integral parts of their sound and message. Simultaneously playful and full of meaning, ILL challenges its audience musically and socially in the face of millennial whoops and misogyny.