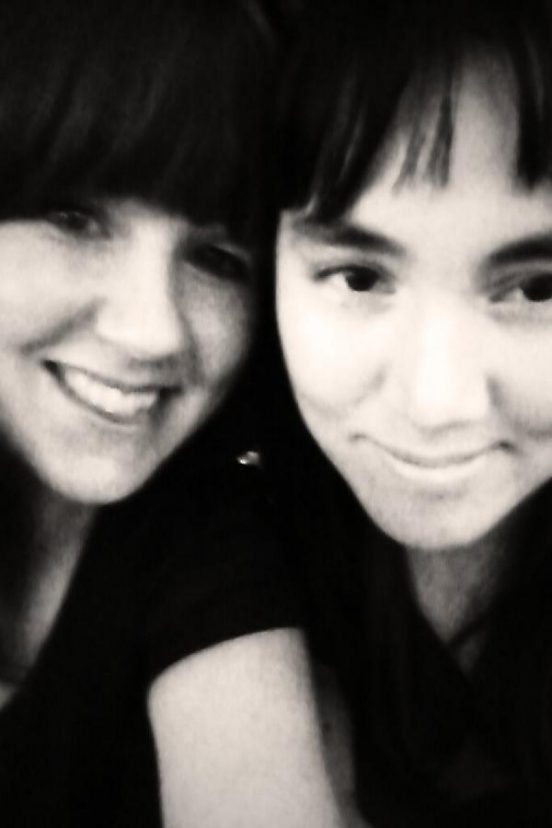 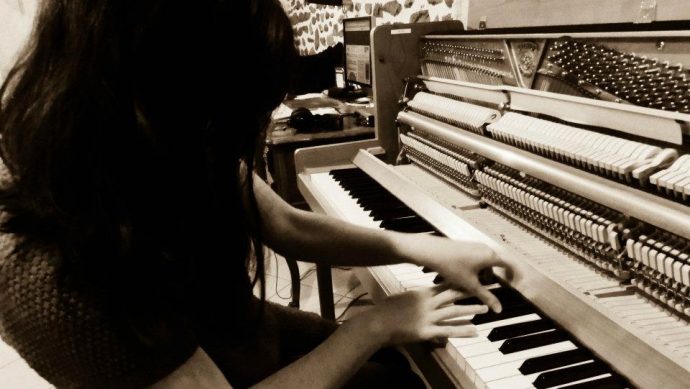 Delphine Dora & Sophie Cooper
Sophie and Delphine have embarked on an ongoing improvisational project together exploring sonic possibilities between their primary instruments of trombone, piano, organ, voice and electronics. Cooper and Doras improvisational approach to making music has come from a shared interest in exploration of the unknown. The music produced is without restraints and sits somewhere between contemporary classical and experimental drone music.

As well as instrument playing, the duo have a strong interest in the human voice and possibilities of non-verbal communication, negotiating space between them and thinking about musical “call and response”. They see improvisation as a method of rejecting standard musical practices and the inclusion of electronic processes in their work creates a fresh way to present traditional brass instruments and accompaniment standards.
The collaboration between two women is also a crucial element of the duos ethos. In each other they find inspiration, spur each other on to be creative and hope to motivate other women to work with sound. With Brexit on the horizon they also see a collaboration between the UK and France as an important statement of solidarity and a rejection of this event.

Their first album Distance Future, released on the Was Ist Das? label, featured in both Pitchfork and The Quietus 2015 end of year lists. Their third album Divine Ekstasys has just been released on American label Feeding Tube Records. Listen to this great and unusual review of Divine Ekstasys by Ned Netherwood, including fragments from the album:

Iron Maidens
Presenting a new composition created in a 1-day workshop lead by Sophie Cooper. The main objectives are to learn how to listen to each other, how to respond to other players and to have a lot of fun creating original music. Todmorden based musician Sophie Cooper has been playing the guitar for 20 years and teaches music professionally in various locations round West Yorkshire. Want to join in the workshop? Be quick and go here  ! !

We are honoured to also have Rotterdam video artist, sound artist and composer Gerda Geertens in the programme. She makes beautiful, multi-layered video animations that create immersive, abstract and colourful visual worlds.