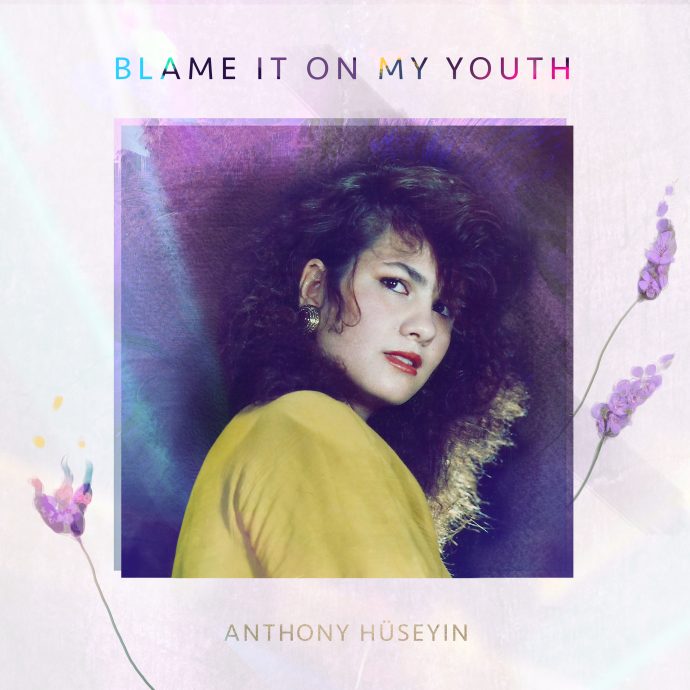 BLAME IT ON MY YOUTH ROTTERDAM SINGLE RELEASE
20:30
WORM
Sold out

WELCOME to the September edition of QUEER PERFORMANCE ART EVENING organised and curated by Anthony Hüseyin. Once again ready and proud to introduce to you some great Queer performers based in the Netherlands and Berlin!

On the request of the performers, we kindly ask you to wear a mouth mask during this event. 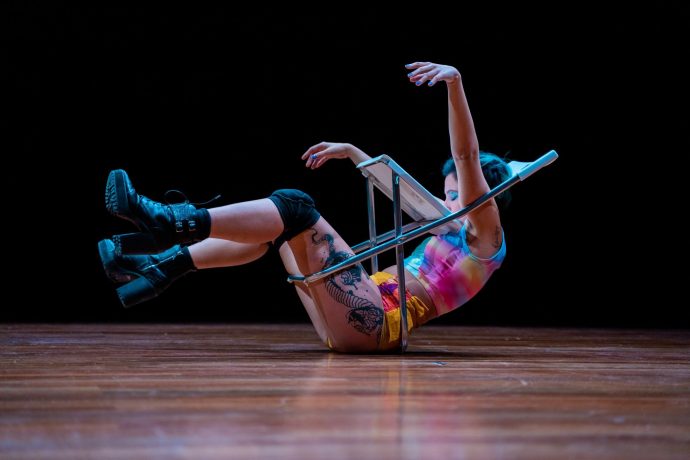 Thrown Out The Window by Thais Di Marco
*20 minutes performance that aims to give the very idea of how someone can be thrown out of the window.

In honour of Ana Mendieta, Mariele Franco, Magó and so many others.
This performance is in its initial phase and is part of a large trajectory of pieces that try to challenge the neo-liberal, male supremacist and elitist behaviour of the art market. It is based on personal stories of treats I’ve already received from romantic partners that indicated their desire of committing femicides. A parallel  is drawn to one of the most well-known femicides in the contemporary art field, that of performance artist Ana Mendieta who was murdered by a famous minimalist artist.

Besides denouncing the encouragement of femicides by the art market through institutional policies, the performance invites others to join “micro-performances for survival”, a technique of art-making in the very moment when gender violence happens.

Thais Di Marco
Thais is Roma diasporic descendent and was born in an Afro-Brazilian community of Candomblé – in São Paulo – Brazil – where she holds the title of Egbomi (badly translated to “young Xaman”). Those communities integrate a huge range of African, Afro-Latinas and Indigenous secret societies ruled by ancestors. Her first artistic education in contemporary art was within social projects as Art Against Barbarism and Programa Vocacional – a vibrant political movement by various artists to think how art could play a central role for democratization in countries under conditions of extreme violence. They have triggered art projects, art schools and independent spaces where Thais has worked as a teacher, coordinator and mentor after being a student. She has 13 years experience as Choreographer been awarded and sponsored by art fundings, programs, festivals, theatres and cultural centres to present her pieces. Currently living in Amsterdam and collaborating with her friends in different continents.

2 Fags One Cup by Ferhat Öz – S’yo Fang
Composer/pianist S’yo Fang and jazz singer Ferhat Oz join forces to perform timeless jazz standards that are traditionally meant for female singers. Songs like; The man I love, Lover Man and others alike. It’s a stand against the hetero-normative expectations for what a male singer can / should sing. It is also a storyline where love, hope, expectations, delusion, desperation can lead us to. 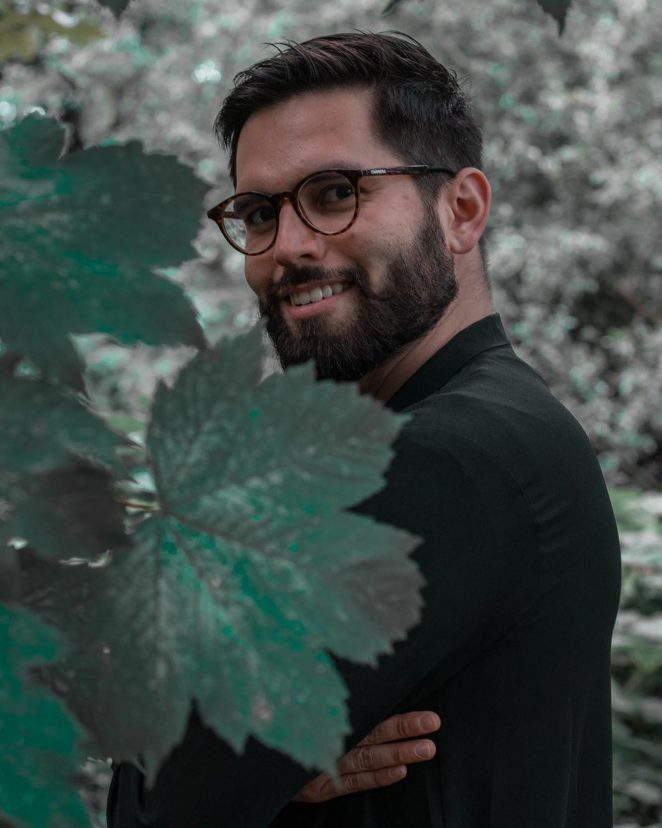 Luis Bracamontes
Luis Bracamontes is an award-winning queer feminist poet based in Rotterdam, Netherlands. Creator of Unwanted Words (@UnwantedWordsProject), a platform for up & coming queer voices in spoken word and poetry, host of the Queer Poetry Nights and member of Poetry Circle Netherlands since 2019. Through a selection of some of his Spoken Word pieces, Luis will explore topics such as mental health, post-colonialism & identity, the queer experience and safe(r) spaces. 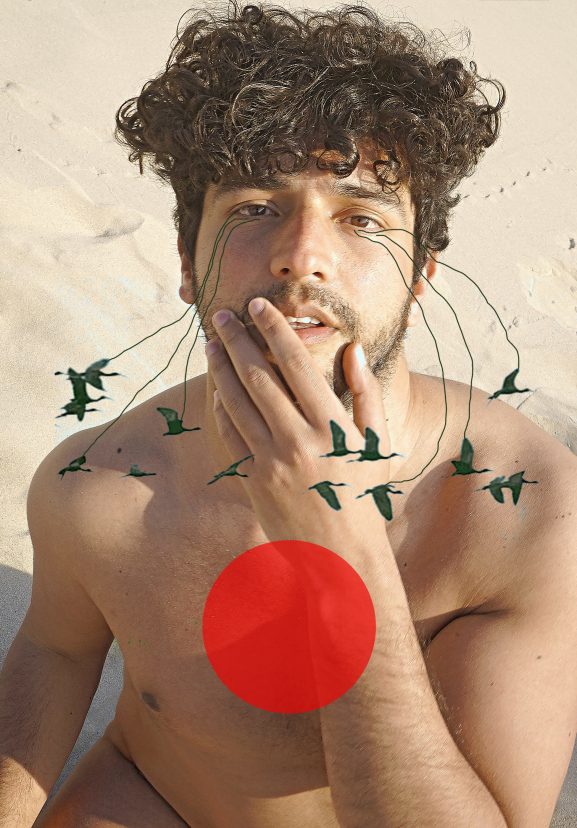 ARIAH LESTER
Countertenor ARIAH LESTER brings worlds together; Venezuelan and South American Folklore, soul and pop music.
His songs, loaded with sensuality and mysticism, are bridges between cultures; adventurous jumps from soul, to world music, from reggaeton to jazz. The glue: his androgynous, at times angelical, at times animal voice.

ARIAH’s songs talk about migration, empowerment, and also healing from heart-breaking loves. His performances are physical and his stage presence magnetising. A show loaded with theatrically and power you don’t wanna miss.

ARIAH plays for the first time with his new band member Charly Zastrau (keys/co-arranger),
the songs will be a preview of his upcoming work ‘VIAJERO DEL AMOR (A Lover’s Journey)’ in collaboration with Theater Rotterdam, which premieres 26th and 27th of September at the Operadagen weekend, at the Rotterdamse Schouwburg.

“BLAME IT ON MY YOUTH ROTTERDAM SINGLE RELEASE”

Born in Urfa and raised in Istanbul, Anthony Hüseyin completed his master degree on jazz singing in the Netherlands. As a non-binary musician, performer and activist Anthony currently resides in Rotterdam and Berlin.

In 2012 his debut album ‘Safran’ was launched at Paradiso, followed by an extensive international tour. During Istanbul Gezi Park Protests Hüseyin released ‘Mr. Prime Minister’, a song addressing Turkey’s social injustices. In 2015 Anthony displayed his debut performance piece, ‘Playing Possum – My Brothers Might Kill Me’, at the LAPSody Helsinki performance art festival. Subsequently, the same piece was staged at Rotterdam Gay Pride, Oxford Brookes University and Glasgow Buzzcut. In late 2017 Anthony’s second album, ‘The Lucky One’, a melancholic dark electro-pop mixed with tender jazz-pop vocals was released at Paradiso, Amsterdam and won the second prize on singer-songwriter category in The Netherlands. His first music video from the same album “We Make Sense Together” was selected and screen at Berlin Music Video Awards in 2018. “Potato Potato, Gute Besserung, Asshole Monologues, Fried Love, Lines are the performance art pieces Anthony wrote and performed in Rotterdam, Berlin and Vienna in different art spaces and festivals.

While performing as a solo artist, after relocating himself in Berlin Anthony joined the QTBIPOC drag collective House of Living Colors and performed at events such as Queer Gazino: An Alternative Pride Celebration, Berghain, Tanztage Berlin. In January 2020 Anthony’s long-awaited single release ‘Pretty Boys’ has been celebrated by a launch party at be’kech in Berlin, the video is featured by the national German queer magazine, Queer.de. Recently Anthony streamed 3 performances for the Marina Abramovic Institute’s project Flux/Akış in Istanbul Sabanci Museum.