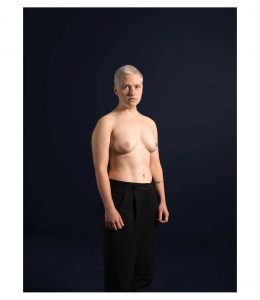 Anne Chris
Anne Chris van Doesburg (24) – also known as De chaotische zwart-witte twijfelaar – studies Writing For Performance at HKU. Anne Chris is a house poet at Uitgesproken Queer, plays in the show BOYS WON’T BE BOYS and is followed by Evan Hobers for the docu TRANSPARANT, about his search in gender, identity and transition choices. Anne Chris is always in doubt. As well as the bodies we live in. Through performance and poetry, he explores his gender identity and being human. ”Take off your fabric Shave your hair Clean your face and look Look Look into the eyes where the soul is bared Man remains” 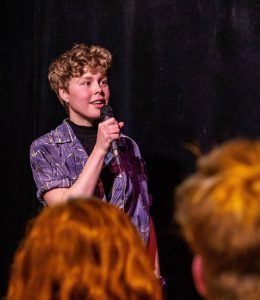 Steff Geelen
During Queer Performance Art Evening Rotterdam, Steff will perform a set of love letters to their lovers, friends, icons and fellow queers. A part of the letters was previously presented as audio-installation in the exhibition Work in Progress in the Universiteit Utrecht. In these letters they examine memories, safety and magnificence from a queer perspective.
“Sometimes I think about the demise of the world and then immediately after: what I will look like (how vain!), who will surround me: drag queens, dykes, gays, misftits, butches, kings and you?”

Steff Geelen (1995) is a non-binary, Utrecht based poet and performer. Their work is about all the fights that can take place beneath three layers of skin and the signs we use in daily life to get a grip on the liquid presence. They published work on EXPOSED and ‘Notulen van het Onzichtbare’ and performed in bars, theatres, and on the radio. In 2018 they started the platform ‘Uitgesproken Queer’, which aims to give a voice to artists from the LGBT+ community.

If You Love Someone Video Clip Screening (Premiere)

“If you love someone” is the 4th song from the album of Anthony Hüseyin “The Lucky One”.
‘The Lucky One’ takes you on the emotional journey of Huseyin Anthony passing through love, hope and acceptance. The story is told in 8 chronologic scenarios and is an homage as well as a confronting reality. A true story with personal relatable situations making this truly an album from the heart.

Born in Urfa, grew up in Istanbul, studied jazz singing in the Netherlands, gave up on his Turkish passport in order to avoid joining to the army hence officially Dutch musician-performance artist, activist Anthony Hüseyin eventually is from Rotterdam but based in Berlin at the moment. He released two albums in Paradiso, won the second prize in singer-songwriter category on Grote Prijs Rotterdam, performed around Europe and festivals with his music and performance pieces. His music video was selected for the Berlin Music Video Awards. He is currently curating the Queer Performance Art Evening Rotterdam while performing and producing new works in Berlin.

WELCOME TO the fourth edition of QUEER PERFORMANCE ART EVENING ROTTERDAM. We QUEER ROTTERDAM once again ready and proud to introduce to you some great Queer performers from the Netherlands. This edition comes with an extra special open call! -> The time has come to LIP SYNC FOR YOUR LIFE (and yes, it’s open to everyone, dress up and bring your song)! 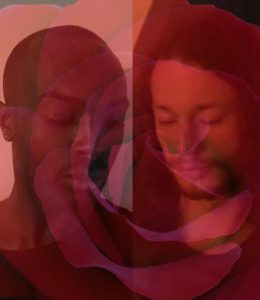 Puit D’amour (Well of love) by

Four tender men and a dance of courtship, a quartet and a wooing dance for four about longing and happy dependence, revealing burgeoning love to someone – moment suprême & vulnerable to the core …inspired by the interpretation by Radical Queer pop pioneer Jimmy Sommerville /Bronski Beat, UK 1984-85

Thomas Körtvélyessy began Reàl Dance Company in 1997, to re-define dance from the experience of movement in the broadest sense possible. Since 2013 he began to explore what Queer and within that, Gay choreography could be, from a sensorial and sensual understanding which balances traditional representations and contemporary experience. For this new work about (gay)(cis)male desire and vulnerability he is delighted to collaborate with three young and talented choreographers/makers in their own right and with their own expertise and directions: artist-in-residence at Reàl Dance Company Elie Nassar, Amsterdam-based dance-artist Eltjo Felix de Graaf, and Rotterdam-based dance-artist Paolo Yao Kouadio.

The Origins of the Modern Western LGBTIQ Movement by
Jeff Mannes
Jeff Mannes is a social scientist, speaker, tour guide, and freelance writer born in Luxembourg-City, Luxembourg and living in Berlin, Germany. He studied sociology and gender studies at the universities of Trier and Göttingen (Germany) and focussed his studies on human sexualities, queer theories, postcolonial studies, and human-animal-relationships.

In 2018, he launched ORGYSMIC – The Sex Blog, where he regularly publishes both academic and popular writings on human sexualities. ORGYSMIC’s mission is (1) to educate about human sexualities, (2) promote physical, psychological, and cultural sexual health, and (3) fight discrimination and stigmatization based on sexual preferences, behaviors, phantasies, prejudices, or identities. ORGYSMIC quickly grew to become the umbrella term for all of his work, including his talks and workshops about human sexualities, as well as his critically acclaimed guided tour “Berlin’s History of Sex” (supported by the Federal Foundation Magnus Hirschfeld).

Jeff Mannes also regularly writes for magazines such as Siegessäule (Berlin’s highest circulating city magazine, as well as Europe’s most-read LGBTIQ magazine) or for non-profits such as the German AIDS Service Organization.

The Origins of the Modern Western LGBTIQ Movement
In this presentation, sociologist Jeff Mannes will take a look at how the modern Western LGBTIQ movement with its identity politics had its origins in 19th and early 20th Century Germany, especially in the Roaring Twenties in Berlin, before it was destroyed by the Nazis in 1933. Highlights of this presentation, supported by lots of visual materials, include the “invention” of homosexuality and “transvestites”, Karl Heinrich Ulrichs as “the modern world’s first homosexual”, the foundation of the world’s first LGBTIQ rights organization, Magnus Hirschfeld and the foundation of modern sexual science, the world’s first scientific theories about non-binary people, the world’s first sex reassignment surgery on an intersex person, the 1920’s vibrant queer life and trans* and drag culture in Berlin, as well as the Holocaust on queer people. The presentation is based on Jeff Mannes’ critically acclaimed guided tour “Berlin’s History of Sex”, supported by the German Federal Foundation Magnus Hirschfeld. 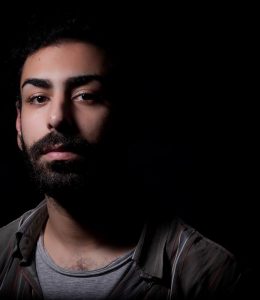 Jazz it up Queer it up – Hybrid Singing by Ferhat Öz
Born in 1985, Istanbul, Ferhat Öz is a Rotterdam based jazz singer and a voice educator. He began his music education in Istek Belde Fine Arts School after primary school. He has studied cello and piano seven years. During these years he began to be interested in human voice and started to learn opera songs and perform. In those years he also acted in some musicals such as “The Sound Of Music”, “My Fair Lady” and ” The Importance Of Being Ernest”.
In 2003, he got accepted to Istanbul Bilgi University Music Department to study vocal jazz with a scholarship. During his university education he was mentored by Turkish jazz diva Nükhet Ruacan and focused on vocal techniques, improvisation and repertoire.

In 2006 Ferhat won ” The young jazz singers contest” in Turkey which is organized by Nardis Jazz Club and as a reward he represented Turkey in Estonia for “International Jazz Singers Contest” within “Nömme Jazz Festival” and won the “Audience favorite award”. As a result he got invited to Paris to sing Ted Curson’s live concert album which was released in 2007. After that he had joined Ted Curson’s International Band and had the chance to perform in different cities in Europe and United States….

In 2014 Ferhat moved to Rotterdam, Netherlands to study further possibilities for singing techniques and sound approaches and earned his Master’s degree at Codarts.

Ferhat Oz continues his career as a well rounded, versatile jazz singer and a vocal coach in Rotterdam and currently working on his debut album which is planned to be published in late 2018. His music is aims to be a melting pot of different sounds from old school jazz to more modern and groovy sounds with a lot of improvisation. Both as a performer and an educator Ferhat Oz strive for discovering new adventures for singers to be much more than “a front man” but a true instrument with many colors and sounds to develop.