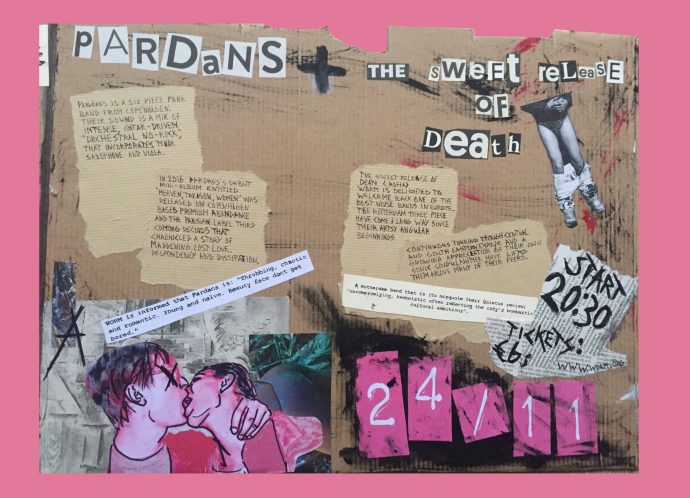 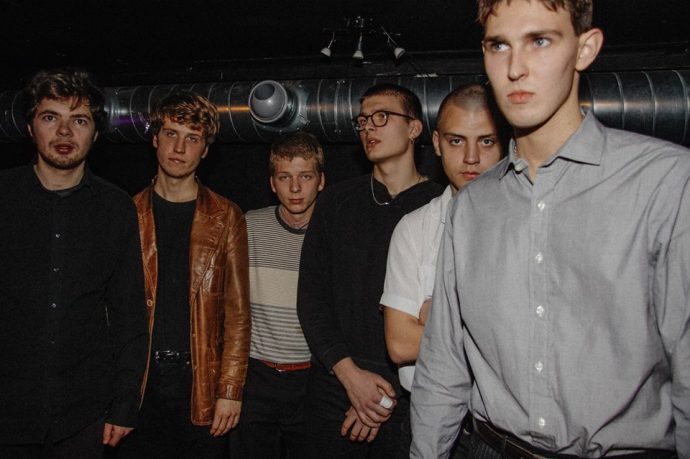 Pardans is a six piece punk outfit from Copenhagen. Their sound is a mix of intense, guitar-driven “orchestral no-rock”, that incorporates tenor saxophone and viola. In 2016, Pardans’s debut mini-album entitled ‘Heaven, Treason, Women’ was released on Copenhagen based Premium Abundance and the Parisian label Third Coming Records. A record that chronicled a story of maddening lost love, despondency and dissipation.
WORM is informed that Pardans is: “Throbbing, chaotic and romantic. Young and naïve. Beauty face dont get bored.”

The Sweet Release of Death (Roffa)
WORM is delighted to welcome back one of the best noise bands in Europe. The Rotterdam three piece have come a long way since their artsy angular beginnings. Continuous touring through Central and South Eastern Europe and a growing appreciation of their own sonic singularities have lifted them above many of their peers. A Rotterdam band that is (to misquote their Quietus review) “uncompromising, hedonistic [..] often reflecting the city’s bombastic cultural ambitions”.