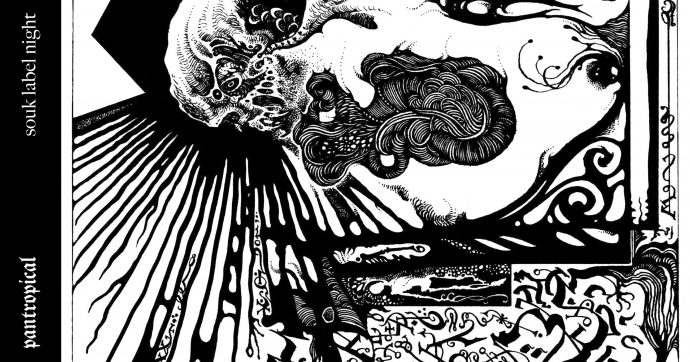 NOTE! This event is postponed until further notice, in line with the new Corona Virus regulations.

At the crack of the whip, Pantropical is back with their season opener at WORM! For this Souk Records special they are bringing a lineup of pioneering Palestinian fringe hip hop, mutant Kuduro from the US, and beat deconstructions from Portugal. Souk Records started in 2018, bringing exciting new beats from every corner of the world with the divergent taste that its parent-label Discrepant has been delivering since 2010. More than just a dance music label, it focuses on the strains of dance music being created in different cultures, embracing the influences of the globalized world while still retaining its own identity. Souk takes no prisoners in their approach to dancefloor music. Pantropical invites Fatima Ferrari to close off the night.

Muqata’a (PS)
Muqata’a, which roughly translates to “disrupt”, is an excellent beats craftsman and MC from Palestine. He is the driving force behind the thriving hip hop scene in Ramallah, creating refined tracks using samples of traditional Arab music, field recordings, and electronic devices. Muqata’a co-founded the Ramallah Underground Collective [2002-2009], and the audiovisual performance group Tashweesh. His much-lauded solo releases include ‘Inkanakuntu’ (Souk, 2018) and ‘Dubt Al-Ghubar’ (Third Type Tapes, 2017). Muqata’a has composed several film scores as well as scores for dance performances, and collaborated with the Kronos Quartet.
www.muqataa.com

Only Now (US / Kush Arora)
Only Now is an alias for San Francisco-based veteran producer Kush Arora, who brings together a heavyweight convergence of wild abandon, tribalism and sounds incorporating themes of time and existence. He paints mutant kuduro, meticulous sound design, turbulent cold fronts of powerful ambient and elements of other darker genres into a unique force. At times it’s described as a modern, beat-heavy version industrial music, but with a sensibility of being informed on a global level.
https://onlynow.bandcamp.com

Gonzo (PT)
Portuguese sound artist Gonzo, aka Gonçalo F. Cardoso, is the label owner of Discrepant and its subsidiaries Souk, Sucata Tapes and Farsa Discos. He constantly travels between the Canary Islands, Lisbon, London and the rest of the world. Gonzo is DJ-only alias with which he creates dizzying collage-style mixes full of energy, weird beats, original and found music compositions as well as field recordings. With a focus on modern music from the Arab world and South America, his aim is to challenge people’s conceptions of dance music by dislocating them from western-centric perspectives and showcasing the many outernational sounds of the world around us, past and present. In 2017, Cardoso won the prestigious Ars Electronica jury prize for his work ‘A Study of 21st Century Drone Acoustics’.
www.discrepant.net

Fatima Ferrari (NL)
In her mixes, DJ Fatima Ferrari explores modern Latin American and Middle Eastern electronic global bass while often including a hefty dose of pop references. Next to DJ’ing she has been co-curating the recent ‘New Radicalism’ / MENA event at Mono, and is also one of the founding members of queer, artist-led community-based collective “Beuys Bois”.