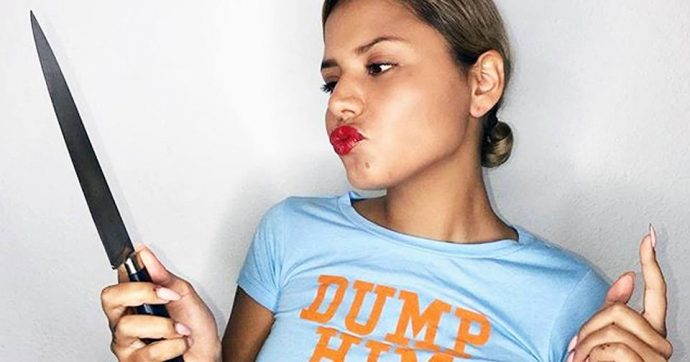 After a four month break pantropical is putting up their tent at WORM again! The crew invites the queen of feminist reggaeton Ms NINA to headline this party which focuses on neo-perreo, a broad term that covers the geographically diverse movement of artists and producers who re-invent reggaeton in unconventional ways. Dance to a whole spectrum of futuristic Latin American rhythms: reggaeton 2.0, dembow, and moombahton.

MS NINA (ar/es)
Ms Nina is a key figure of the global online neoperreo movement. She was born in Argentina but has built her music platform from within the Spanish urban music scene. With her bass-heavy Latin rhythms, unapologetic lyrics and carefree aesthetics, she breaks with socially-established norms and has become a beacon of feminism in a male-dominated scene. What Ms Nina brings to the stage is simultaneously hard-hitting and catchy. Bring on the perreo!
https://soundcloud.com/ms-niiina

GODWONDER (do | selegna)
Godwonder is a Dominican Producer and DJ who has been sharpening his blades at the fringes of the Amsterdam club scene and beyond. His explosive but intricate sound incorporates Moombahton, Dembow, Neoperreo, Trap, and other styles. Godwonder dubs his sound “DemboHouse”. Munchi has picked him as one of the top producers to spearhead his Selegna imprint.
https://soundcloud.com/godwonder

FRIKITONA & friends (int’l)
Up-and-coming artist who has been silently working with different producers in the international Dembow, Perreo and Bubbling scene. She’s lined up right after Godwonder for a block party-style mini performance.

VICTOR METSKE (nl | bound centre)
Rotterdam-based producer / DJ and co-founder of Bound Centre, whose dark and at the same time festive club sound reflects a need for eclecticism. At this edition, he will explore a whole range of BPMs in experimental Latin American rhythms.
https://soundcloud.com/victormetske