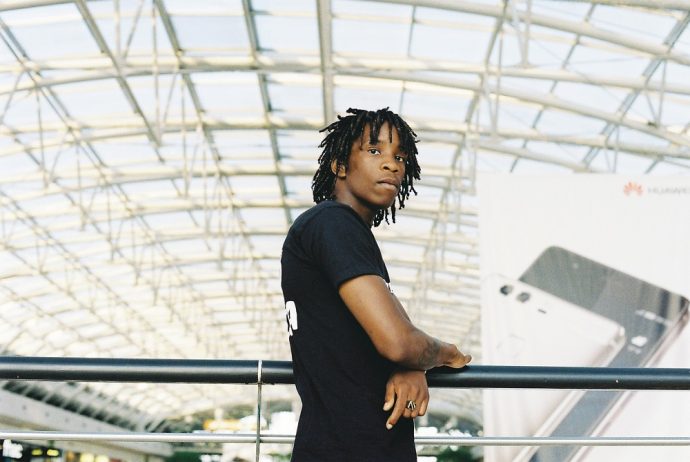 Dive into the fast-moving Afro club music current with Batida, Afrohouse, Kuduro and Gqom. This line-up connects the lusophone scenes of Lisbon and Rotterdam through Príncipe Discos’ DJ Firmeza and Rotterdam’s own Nadia Rodrigues and Boni. We’re also excited to present the debut set of Petronabeatz.

DJ Firmeza (PT | Príncipe)
Born in Portugal to Angolan parents, Firmeza comes from the same neighbourhood as Kuduro originators Nervoso and Marfox; Quinta do Mocho in the periphery of Lisbon. Firmeza’s unique percussion-heavy, trance-inducing style of mixing made him a revered figure at Príncipe’s blazing ‘Noite Príncipe’ club nights in Musicbox, Lisbon. Next to DJ’ing he also produces his own tracks. Príncipe has released his much acclaimed debut 12” ‘Alma Do Meu Pai’ in 2015. At the end of last year ‘Pai Nosso’ was released, a short film about DJ Firmeza’s present-day life directed by film director Clayton Vomero.

Petronabeatz (Roffa)
Curaçao-born, R’dam-based Beatmaker Brian Petrona recently caught our attention with his hard-hitting and cleverly constructed remixes. With roots in Kuduro, he doesn’t shy away from a bit of experiment. Although he has been DJ’ing in the scene for quite some time, tonight marks his debut as Petronabeatz.
https://soundcloud.com/petronabeatz/kking-kong-no-chao-petronabeatz-remix

Nadia Rodrigues (Roffa)
Nadia Rodrigues is an experienced DJ who has been active in the Rotterdam Afro-scene for about seven years now. In her mix for tonight she will switch effortlessly between Gqom, Afrohouse and other styles.
https://soundcloud.com/bar-none/bar-none-presents-dj-nadia-rodrigues

DJ Boni (Roffa)
DJ Boni has been a prime mover at various Pantropical events, sharing stages with the likes of Nigga Fox, Bitori, Maboku and others. He is an acclaimed DJ in the Afro clubscene of Rotterdam and plays Afrohouse, sometimes taking different routes with Funaná, Soukous, Coupé-Décalé and other styles.

Jonathan Castro (PE) – Visuals
Jonathan Castro is a talented graphic designer and musician from Lima, Peru, who currently works at Metahaven in Amsterdam. He recently exhibited works at ‘Total Sellout’ in Berlin. http://chromedealer.tumblr.com