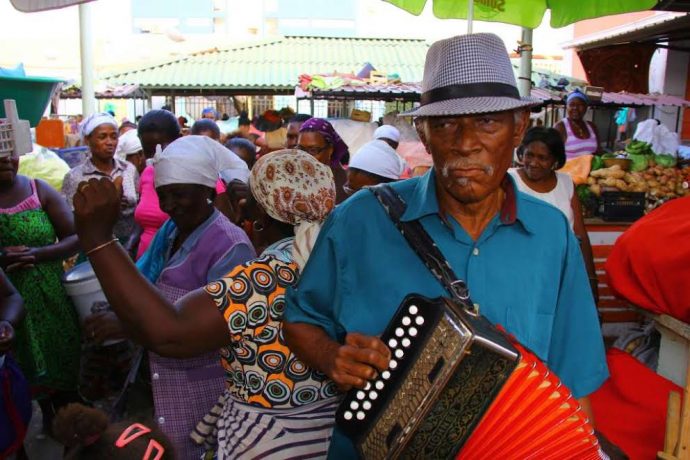 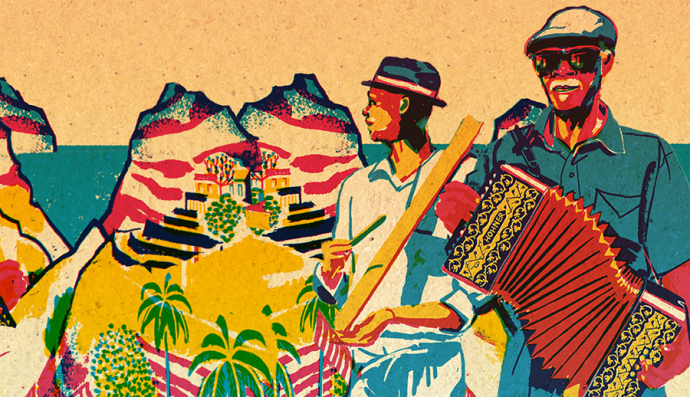 Pantropical is proud to present this major live show by master accordion player BITORI featuring Chando Graciosa from Cabo Verde. A celebration of Funaná; a music and culture that is closely tied to Rotterdam and its Cape Verdean community.

Reunited after twenty years the legendary accordion player Bitori takes to the international stage alongside Chando Graciosa to perform the “forbidden” music of Cabo Verde; the exhilarating dance music called Funaná. Under Portuguese rule not everybody welcomed the rural accordion-based sound on the archipelago. Perceived as a symbol of the struggle for Cape Verdean independence, Funaná was prohibited by the Portuguese colonial rulers.

Meanwhile, autodidact accordion player Victor Tavares – aka Bitori – developed as a true innovator, honing his playing techniques and giving new direction to the music. When iconic singer and composer Chando Graciosa invited Bitori and bass player Danilo Tavares to record a Funaná album in Rotterdam in the early nineties, they could not have imagined the lasting impact extending well into the 21st century. After the important Analog Africa re-release and the acclaimed live shows (including flooring the audience at the Lowlands festival) that followed, it is time for a proper club show!

DJ ADISON FERNANDO (CV/NL)
Adison Fernando – aka Adison Dos Reis – divides his time between being a musician, rapper, actor, and producer. As a DJ he devotes his time to promoting and preserving vintage Cape Verdan music, playing vinyl from the 60s, 70s and 80s. From Funaná to Coladera, traditional music to reggae; Adison will play a mix designed to make you dance.

DJ BONI (AO/NL)
Boni is a Pantropical regular. He is renowned in and outside the Afro clubscene of Rotterdam, spinning afro house, kizomba, etc.. At this event Boni will take a slightly different route, focussing on vintage soukous rumbas and other styles to keep things varied.