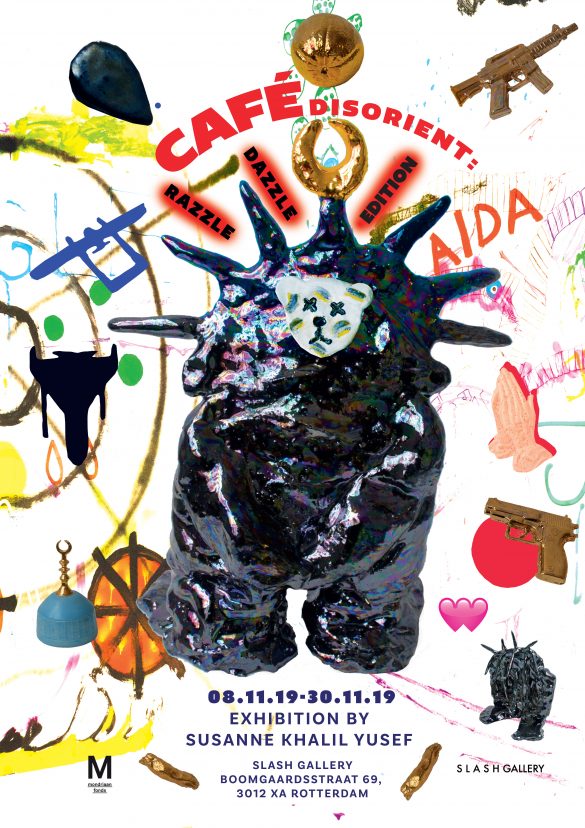 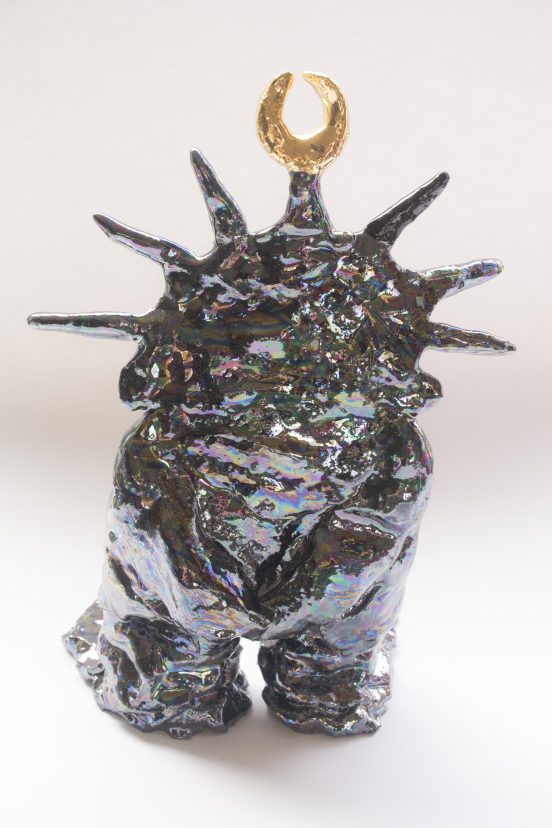 Susanne Khalil Yusef is an emerging artist that makes installations and works with ceramics, textile, painting and ready-mades. Next to her practice, she is currently co-curating an exhibition about colonialism and decolonialism. Susanne Khalil Yusef’s “Café Disorient: Razzle Dazzle Edition” will be shown in WORM Slash Gallery November 2019:

“Café Disorient started out as a very small side project to my installation ‘Het mooiste lijk van de Europese Unie’ that was shown in Eindhoven. The curator asked if we could be present every day during the exhibition, so I thought I would make a little café next to my work where I could sit and talk to people. Since then this café has become an independent installation that plays a big role in my recent work. It has been shown multiple times in different locations over Eindhoven, and every time it grows and develops in new ways.

Its most recent variant ‘Café Disorient in Handala city’ turned out to be a big party with live Arabic music, people dancing everywhere (on a car) and at the same time learning more about Palestinian history through an archive I presented. This archive, called ‘The Handala Archives’, I created in order to learn about my own history as a child of Palestinian refugees. I am sharing it in exhibitions because our history is very inaccessible and scattered due to years of war, and the visitors are adding to it with their personal stories.

There are two key visual elements in Café Disorient. One is the figure Handala, a Palestinian refugee boy, that was originally drawn by Naji Al-Ali. Handala is now recognized by many people all over the Middle-East and beyond. As Naji Al-Ali put it himself: ‘At first, he was a Palestinian child, but his consciousness developed to have a national and then a global and human horizon.’

Second is the Keffiyeh. An even more globally famous headdress, of which I love the pattern very much. Of course, it has become a symbol for Palestinian resistance but I love it even more for its confusing and disorienting qualities. In my installations, I have covered walls and objects with it. Recently someone pointed out to me that it looks like the black and white camouflage they used on ships in World War 1, nicked from the zebras. This particular camouflage is called ‘razzle dazzle’: ‘Razzle dazzle is a form of camouflage which doesn’t have the goal to go unnoticeable, but on the contrary to catch the eye.’
In the upcoming exhibition in WORM SLASH GALLERY, I am focusing on this part of Café Disorient. And I might also draw inspiration from my musical interest in Breakcore which they used to play at WORM.” 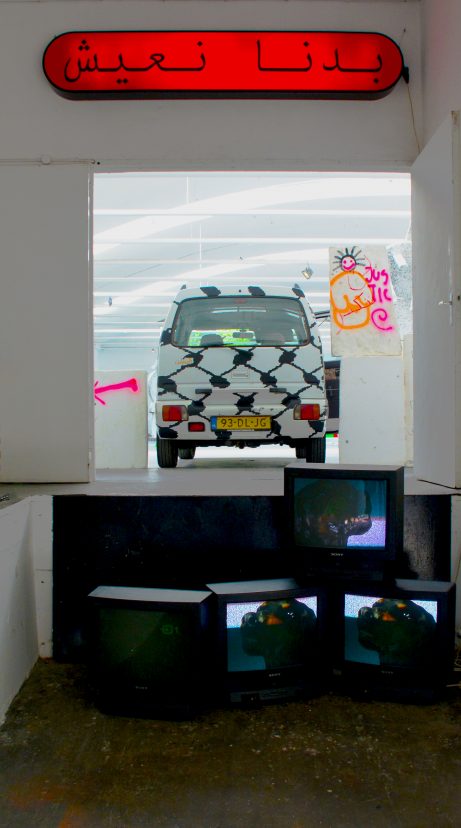