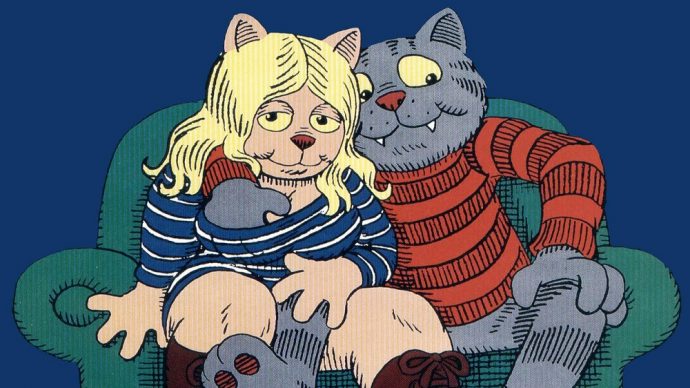 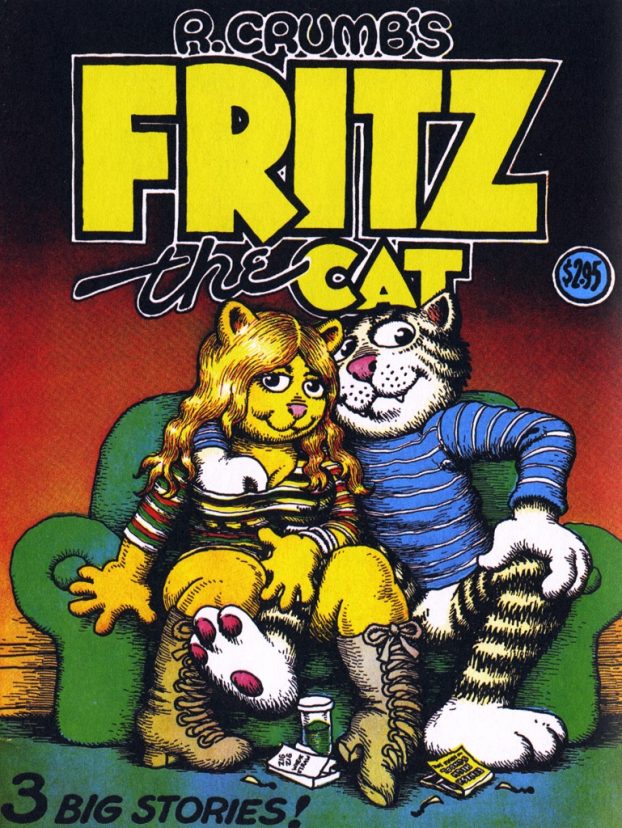 Witness a unique collaboration between Offscreen Film Festival, Cultfilm & Stonerama. The Brussels-based Offscreen is touring with a programme of Adult Animation [sic] from the seventies and picked WORM’s own Cultfilm and Stonerama for a ‘Fritz the Cat’ double bill.

But be aware, lovecats, not on a Wednesday – but on a Thursday!

20:30 Cultfilm: Fritz The Cat (Ralph Bakshi, 1972, 78 min)
Sex, drugs & rocknroll have never been so thoroughly depicted in any film as in the X-rated 1972 animated version of Robert Crumbs cult-comic. Sexism, racism and drug abuse hit you in the face right from the beginning of this X-rated saga of young Fritz, just graduated from university and pussy-eager to get it on Blaxploitation style!

22:30 Stonerama: The Nine Lives of Fritz the Cat (Robert Taylor, 1974, 77 min)
Walt Disney must have suffered an instant heart-attack ‘when he realised the sequel to ‘Fritz the Cat’ took it even further, substance-wise. Having lost one of his lives at the end of part one, junkie tomcat Fritz reefers his eight lives away on marijuana-induced journeys as an astronaut, Hitler’s psychiatrist, a courier traveling in hostile territory during a race war, and as a pupil of an Indian guru living in the sewers of New York.

So: one ticket, two movies. You should be purring at the prospect.