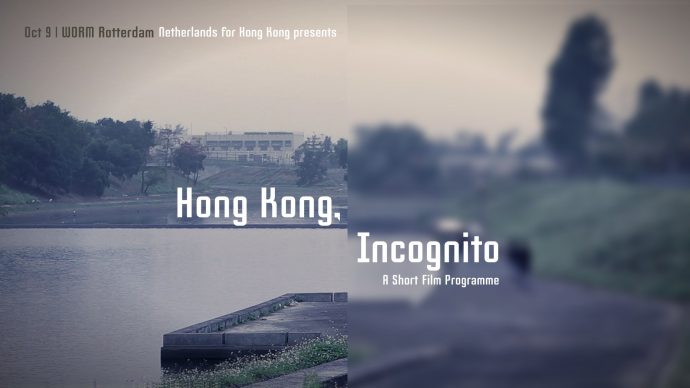 Each of the three short films deals with a facet of Hong Kong virtually unknown to us – either hidden from view in reality, or a prescient imagination of what Hong Kong might have been or will be, “Hong Kong, Incognito” has become the theme of this film night, articulating a sense of disorientation.

A night for and with film lovers, and supporters of the Hong Kong democratic movement.

A group of documentary filmmakers and independent reporters accidentally find out something Hong Kongers do not know, but which affects them in important ways. They investigate the matter using their cameras, and as they approach the truth, danger beckons.

Adam Wan, a young gay man who grew up in Hong Kong, fights for the rights of the LGBT and realises that his difficulties include a conflicting relationship with his father. Frustrated, he begins to re-examine society, his family and himself.

A story taking place in a Hong Kong with a different history. Hong Kong has not undergone a transfer of sovereignty in 1997. In 2003, a teenager, Lap Yan stays at home because of SARS. A girl who is a new neighbour of Lap Yan visits him and stays with him all day. Lap Yan does not realise the outside world is changing, which will affect his own future.