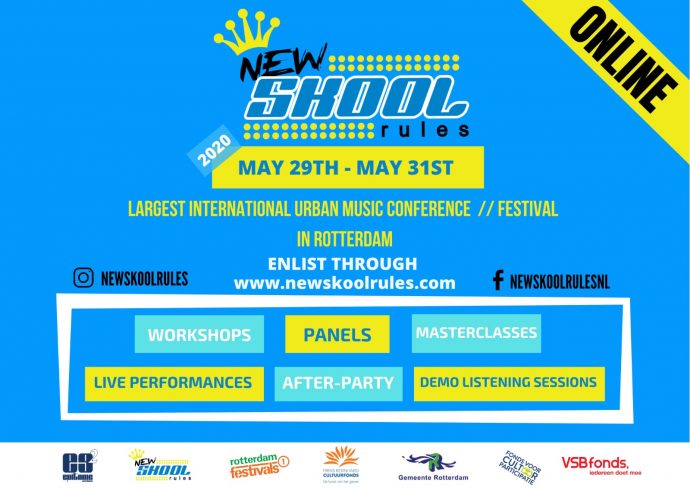 Saturday, May 30th 2020. The panel members will range from the major labels like Motown, AtlanticRecords, Republic, Sony, Warner as well as the major publishers Warner/ Chappell, Sony/ ATV, Universal Publishing.

Of course, we have experts on branding, social media and other interesting topic matters as well. The line up with topic matters, times, panel members, artists etc, will be announced over the next weeks. New Skool Rules will be free of charge, but enlistment is mandatory.

If you wanna join (be interactive with) a panel register on https://www.newskoolrules.com/nsr-online/ to enter zoom panel.
Full time table also available on New Skool Rules website

WORM will host the Showcases of New Skool Rules!
Each day three badass artists will show their skills in our broadcasting studio! 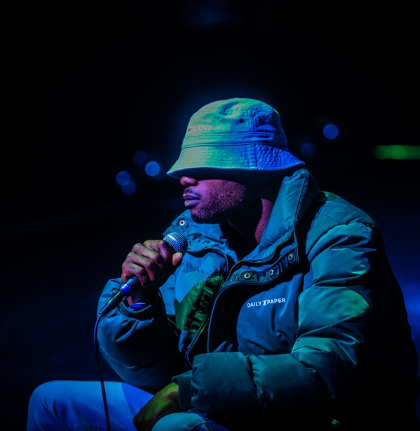 Shaolin Versachi is a singer-songwriter from Kinshasa (Democratic Republic of Congo). Versachi has lived in Belgium, Germany, Leeuwarden and Paris where his music career began. In 2012 he formed the band ‘Ninja Wolf’ with whom he regularly sharpened his vocal and writing skills. Two years later, Shaolin enrolled at the Art Academy ‘Academie voor Popcultuur’ so he could completely devote himself in his art, develop dance, writing and receive a degree. In 2016, Shaolin left Leeuwarden and moved to Amsterdam in pursuit for a greater musical horizon. In the same year, he predominantly worked as a ghostwriter for Dutch artists such as: Rollan, Slimkofi, Firstman and Shanee and he released his first song ‘The Party’! Catch Shaolin Versachi on our broadcast to hear what he is up to NOW! 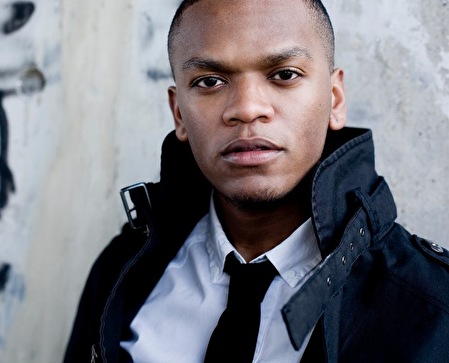 It is kind of crazy that Jared Hiwat is not a household name yet.  Jared got his first big break in 2011 when he performed in the theatre show “Tribute to the R&B 90’s”. His rise to stardom really took off when he reached the Live Shows of the Dutch TV show “The Voice of Holland”. After embarking on a world tour as a backing vocalist for Nelson Freitas and opening for Ryan Leslie, he was the winner of the Dutch TV show “Beat it”. In 2015,  Jared decided to swift his focus to dance music and not without success: he was the vocalist on the Bougenvilla summer smash hit “Homeless”, released on the renowned Spinnin’ Deep label. Since then he performance internationally and rocking two successful nationwide theatre tours with the “John Williams presents; Oldskool RnB hits” tour. In 2020 he plans to release his long-awaited debut EP. 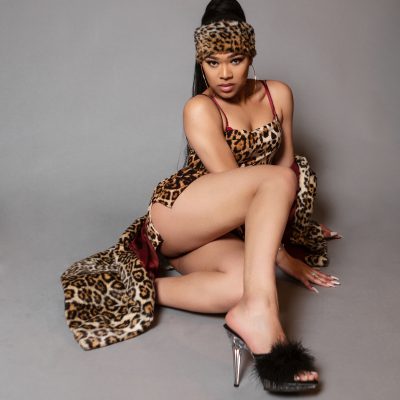 Kyara is not new to our stage! She was part of Queen Confessions earlier this year and we love her sound!  Transgender pop artist KYARA makes a bold & powerful statement empowering all feminine figures. She is all about a new take on girl power, including all kinds of women, whatever form they come in. In her music video “WALK” KYARA calls her Femme Gang together to help her celebrate the NEW WOMAN, including a cast of trans women, plus size women, women with diverse skin tones, as well as, feminine boys.
The Dutch singer, songwriter and dancer stands up for a beautiful diverse group of women who are too often seen as misfits or outcasts by society. These figures have historically been left out of the media or misrepresented. KYARA is part of the new era. It is the time for the new narrative of womanhood. Her intention is to give confidence to the people who need it the most and to create visibility for women who are usually not seen.