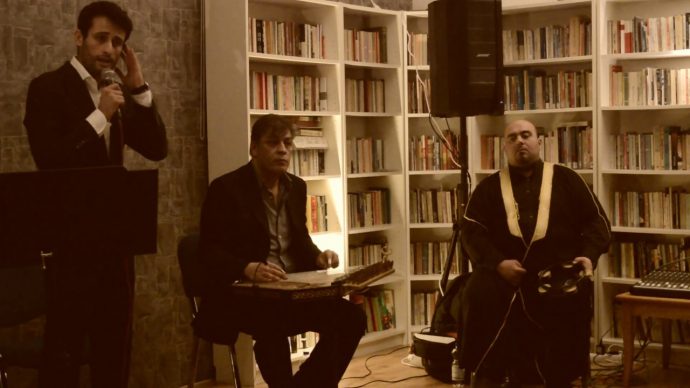 On the occasion of the exhibition Cafe Disorient: Razzle Dazzle Edition, the artist Susanne Khalil Yusef is inviting the Nawa Ensemble (Rotterdam) and the spoken word artist Stryder for an experimental collaboration of classical Arabic music and poetry!

Nawa Ensemble (Rotterdam) pays tribute to Tarab, the Arabic music of poetry, dance and ecstasy. Energetic rhythms and virtuoso improvisation are key to their interpretation of Oum Kalthoum, Sabah Fakhri, Wadih Al-Safi and other Tarab greats. After a sold-out first edition in Rotterdam, Nawa Ensemble now comes to Studio/K (Amsterdam). 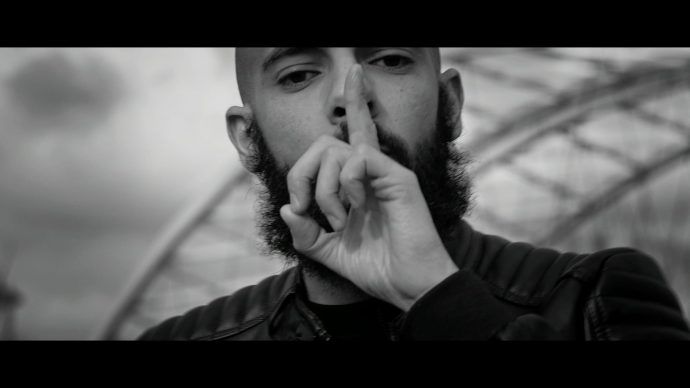 Stryder started music thirteen years ago. In hip hop he saw a way to express his anger and frustration about social problems and the war in Palestine. Together with Gaza and De Mark, he was well on his way to being heard. All of a sudden everything falls away when Stryder loses his voice in 2012. Not useful for someone who wants to spread a message. Now, six years later, he resumes his mission.
Read the full interview in Hip Hop in Je Smoel here