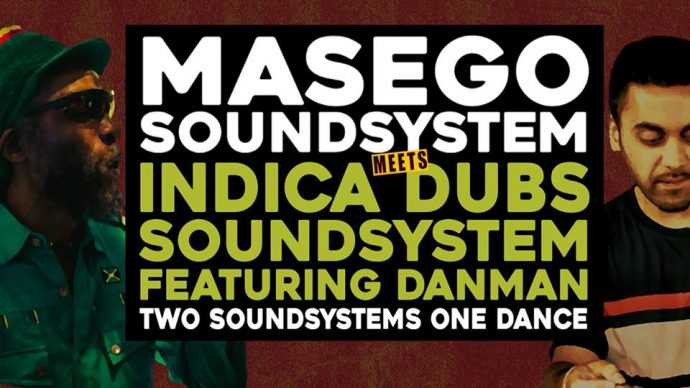 Gwaaaaaaan Rotterdam! Get ready for this one! For the first time in Holland on his own homebuilt soundsystem we present you Indica Dubs soundsystem featuring Danman!

This night features two soundsystem each with 6 scoops in WORM Rotterdam so get ready for a night of heavy vibrations and massive dubplates for all of us to enjoy!! Run come rally!

Indica Dubs
Indica Dubs has been producing some of the toughest releases and providing dubplates to his most influential sound systems. Collaborating with some of the best international Roots/Dub artists such as; Earl Sixteen, Danman, Culture Freeman, Danny Red, Alpha & Omega, Conscious Sounds, Chazbo, The Disciples, Vibronics and many more, his reputation at the forefront of the Dub scene keeps growing all over the world.

In 2015, Sukh built his own studio with the help and guidance of Dougie Conscious Sounds and Sukh’s uncle Sanj. The studio is fully equipped and available to use for singers wanting to record vocals, musicians wanting to record melodies and producers wanting to produce tracks. In 2017, Sukh unleashed his latest project; the Indica Dubs Sound System. Sticking to the tradition, Sukh plays strictly vinyl and dubplate. The least to say about attending an Indica Dubs Sound System session is that it’s guaranteed to be a special experience with the most exclusive tunes being played straight from the Indica Dubs studio.

Danman
Claston Brooks – stage name Danman aka Sunny Voice – is a veteran musician and singer. In recent years Danman has been working closely with producer / label / sound system; Indica Dubs. Together Danman and Indica have been touring worldwide and produced some of the most heavyweight releases including “Righteous Man” and “The Wisest Live Long”. As well as exclusive dubplates over the past few years, such as “Satta Massagana” and a lot more.

Masego Soundsystem
Masego soundsystem is a handbuilt roots and dub soundsystem collective based in Rotterdam, Netherlands. Taking inspiration from the original Jamaican and United Kingdom soundsystem culture they have been active since 2009 as selectors going by the name of Original Dub Radix. With a burning passion for the culture, the roots and the dub they saw the moment their soundsystem came alive and with that, the birth of a new name. Masego means Blessed in the Tswana language, the name reflects to the mission and the passion of JAH music. Now armed with their 6 scoop soundsystem they continue their works, spreading the message of Rastafari itinually.