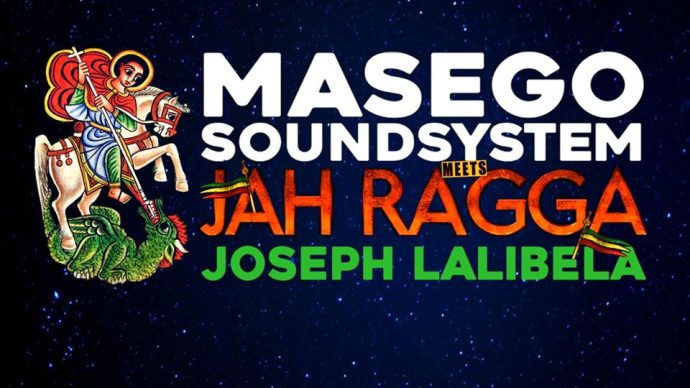 Yes Rotterdam get ready for the first invite of the new year in WORM Rotterdam! The 22nd of february we will bring you some real heavy dubfyah! Get ready for not ONE, but TWO big UK dubartists!

We are proud to announce our first guest JAH RAGGA! The producer and selector of Jah Ragga Sound System has played all over Europe and South-America and is now coming to town. This ‘Cosmic stepper’ is also the producer of the famous Jah Ragga studio. As a real pioneer in the beloved West London dubstyle, his productions are known for some serious basspressure and deep spiritual vibes. His productions are played in each corner of the world and with releases on Jah Tubby’s label this is one not to miss! Prepare yourself for some cosmic vibes and heavy pressure!

Our second invite is the man who carries the name of New Jerusalem and is called Joseph Lalibela! This UK singer needs no introduction. He already mashed up our WORM session for real in 2017 with his raw voice and unforgettable energy! He recorded many tunes with producers like O.B.F, King Eartquake and Maasai Warrior, tunes we love to play many times in our sessions. So at the request of many of you, it’s time for him to come back!

On our flyer we pictured the dragonslayer Saint George, the patron Saint of the holy land of Ethiopia. This icon is found in the holy church of Lalibela. Besides the excellent leadership of Emperor Menelik II and his queen Emperess Taytu during the war of 1896, Saint George is considered to be the divine inspiration to the forces of Ethiopia in the batle of Adwa. Many soldiers came back from the battlefield reporting that the Dragonslayer was fighting at their side against the colonial forces of the kingdom of Italy. This historical moment, in which the Ethiopian army successfully defended its independence and the Holy Faith, is considered to be a turning point in the colonial history of Africa. Inspired by this story we continue our musical war for unity and equal rights for one and all. We can’t wait to welcome the warriors Jah Ragga and Joseph Lalibela in the dance!

See you all in the dance!