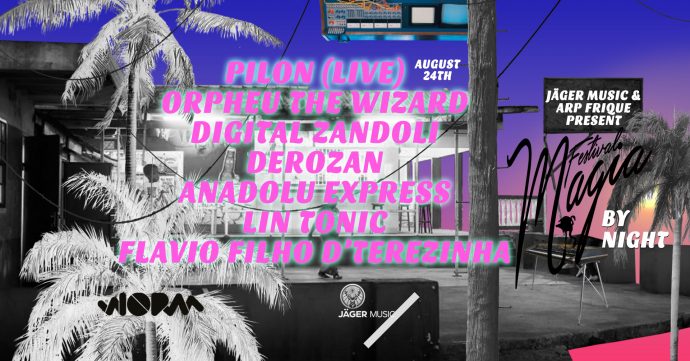 Festival Magia is teaming up with Jäger Music for two nights filled with more Magia! After the party is the afterparty and what could be better than another healthy overdose of live music, plus some of the most exciting taste-makers from the international music scene on the decks?

Saturday night’s action will take place at WORM. Rotterdam’s strong connection to the Cape Verde islands will be celebrated with a rare live performance of Pilon, whose electrified funana bangers were recently reissued by Ostinato Records. Then there’s the return of one of our favorites Digital Zandoli, and Rotterdam’s own Cape Verdean crate digger, Flavio Filho d’Terezinha. Elsewhere, expect nobody less than Red Light Radio founder and supreme selector Orpheu The Wizard, in the very fine company of Derozan, Anadolu Express and L’Afrique Discotheque founding member, Lin Tonic.