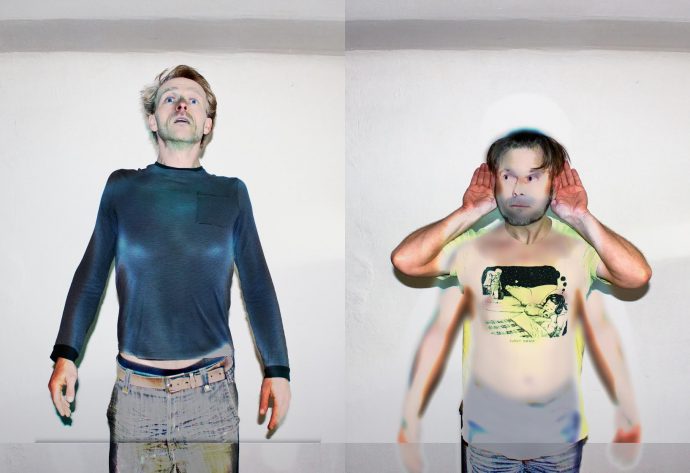 Lullabies For Insomniacs is proud to present Air Cushion Finish.
Come celebrate the launch of their latest album Flink. Support for the night is from the talented Bear Bones Lay Low, who will be releasing on the label in 2017.
We also invite radio show favourite Tako, who will be joined by Izabel, together they will be playing their favourites.

Air Cushion Finish (DE)
Air Cushion Finish formed in Berlin in 2007 and comprises of composer/player jayrope and natural vocal synthesizer Lippstueck, who have enjoyed playing in Berlin’s underground together since the 1990’s. After seven albums and following a friendly invitation by members of GY!BE, they recorded at Montreal’s renowned Hotel2Tango studio with Thierry Amar in 2014.

Flink was the result of this session, an immersively psychedelic (sweet, rather than head-frying) world unto themselves, sensitively placing Lippstueck’s flighty vox – which range from Schwitters-esque gibber to avian and ecclesiastical runs – drifting around the centre of a sound sphere pieced together from intricately laced rhythmic mechanisms, reverberant dub basses and insectoid blues.

Bear Bones Lay Low (BE)
Brussels-based Prince of modern psychedelic electronics Bear Bones, Lay Low, is a prolific producer who has been delivering intriguing, synthesizer-based curiosities on obscure labels for well over a decade.