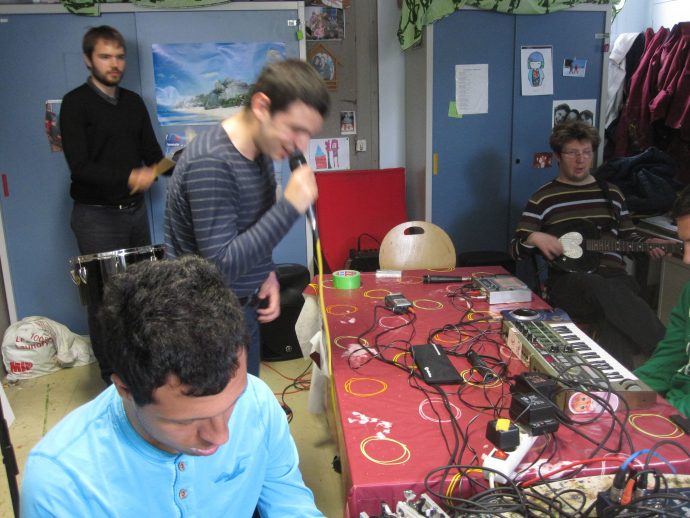 A collaboration between Rotterdam sound art foundation Klangendum, and the Les Harry’s project, in collaboration with’ l’hôpital de jour d’Antony a day care centre in a suburb of in Paris for people with mental health issues, or disabilities.

The Les Harry’s project began as a radio project made with, and about, autistic youth. It has since developed into a live project; Les Harry’s regularly go on tour, to play with and meet as many musicians and sound makers as possible.

Les Harry’s is an eleven-man company. The six musicians are all autistic youngsters from the day care centre, l’hôpital de jour d’Antony, with two supervisors and a psychologist from d’Antony, a filmmaker who documents the whole projecton film sets and the project organiser and founder, Franq the Quengo.

The concert will be followed by the film about Rotterdam cult figure, Harry Merry.