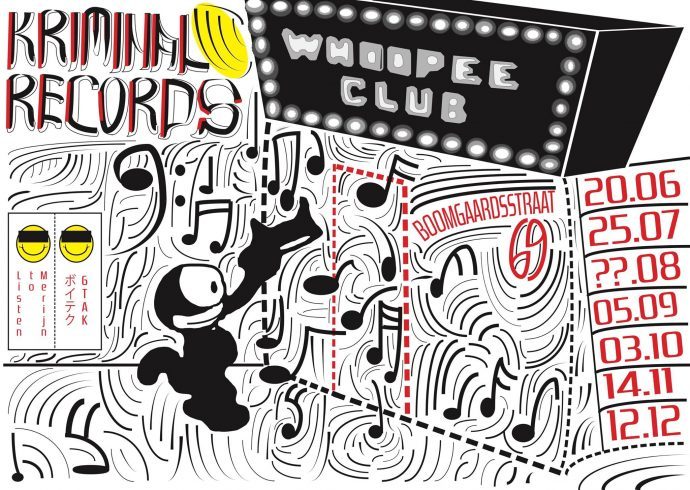 WORM’s very own Wojtek Szustak is 6T^K, the man behind Kriminal Records. Lord of The Soldering Iron, a “white boy with black music on Japanese systems.”

We bring you KR’s early Christmas edition, ablaze (as all Christmas trees should be in their pagan rejection of Victorian fancypants prudery) with sonic fire; after a stonking set with Anan Striker at Le Mini Who.

Kriminal Whoopee Club looks to reclaim/remodel that weird interface of audio-visual happenings from the uptight academics and meeja artholes.

The idea for the night took its first steps towards fruition deep in the mystic oomska of WORM’s Sound Studios, a dream entangled in cables and jacks, a righteous vision growing in real time; like moss on the Białowieżan detritus. And, like a bison bestriding the antediluvian greensward, 6T^K comes forth, bringing a variety of jams, wibbles, beats and blurts for your listening pleasure. All in the finest analogue tradition.