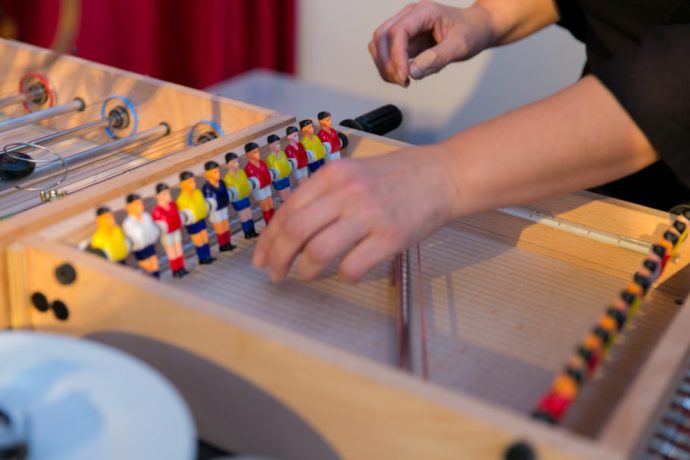 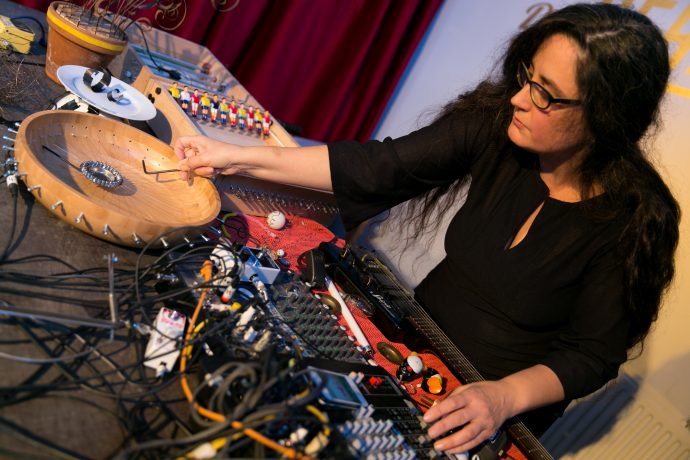 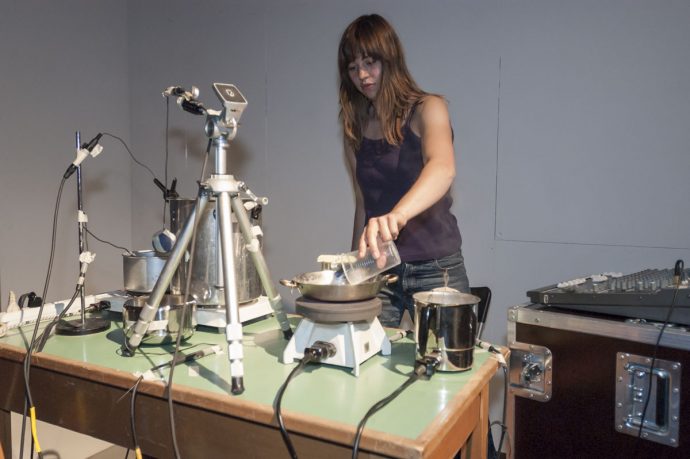 Karen Geyer (Grauton) and Eli Gras will give two performances with their “self-invented” instruments. Karen did a residency at WORM for the InstrumentsMakePlay festival and she played the IMP concerts in Deventer and Amsterdam. Tonight will be her presentation/performance for WORM.Because Eli did a round of residencies and concerts in NL back in 2015, she was a starting point for the organisers of the InstrumentsMakePlay festival (Harco, Julie and Lukas) to start thinking about a cooperation… so we think it is only fair to invite her and let her do her inspiring arts at Worm.

Eli Gras (ESP)
Eli Gras is a multidisciplinary artist from Barcelona, with a career in experimental and underground music since the early 80s. Musically, she has come a long way via traditional Greek music, minimalism, folk, choral, noise, electro pop and free electronica, but her music practice is now mainly focused on experimental improvisation. Her work has been described as scientific bricolage music. She frequently performs with self-invented instruments, in which visual elements can be just as important as the sounds they produce. She has played together with artists like Hans Joachim Roedelius, Pierre Bastien, Jaki Liebezeit and David Fenech. She is the founder of the NoNoLogic festival and record label La Olla Expréss.

Karen Geyer (CH)
Karen Geyer is a sound artist. Under the name Grauton (shade of grey) she invents and builds her own mechanical objects whose sounds she picks up using contact microphones. She then amplifies and steers these sounds via a mixing desk as if they were the instruments of an orchestra. The instruments often comprise of common or garden items removed from their everyday duties, such as bicycles, fans, kettles, stools and electrical motors. Geyer manipulates them by preparing them with simple materials such as wood, wire, rubber, cord and masking tape. The objects are prepared so that they play themselves, with chance factors integrated so that they constantly alter their sound. Karen Geyer may be the initiator of her sound installations, but as a musician she takes a more subordinate role and lets her machine orchestras play themselves. She chooses tracks at her mixing desk, filters or amplifies certain sounds and thereby creates compositions of noise, polymetrical structures and mechanical sounds.