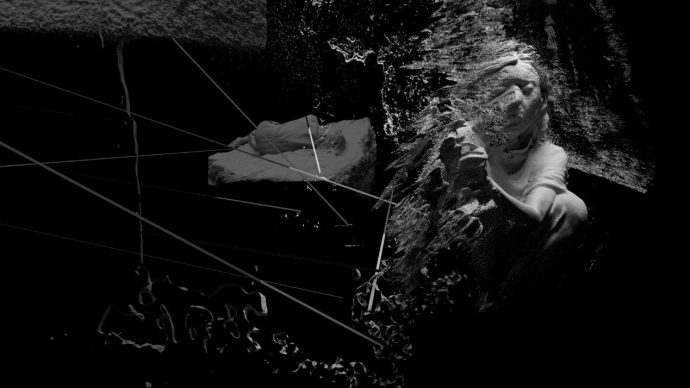 22:15 – Glissando for Bodies and Machines in Space – Christine Vantzou & Eva L’Hoest
Eva L’Hoest made 3D scans of sleeping people that she transferred to 16mm film, then copied back to video. Grain, pixel and information loss due to analogue and digital conversions creates dissociative ‘futurist archaeology’ images accompanied by electro-acoustic ambient by Christina Vantzou and Vincent Werbrouck on cello.

23:00 – TWIXT – Billy Roisz & Dieter Kovačič
This new project by Roisz and Kovačič (alias dieb13) brings their work as filmmakers and musicians together. Over the years, they have explored the conventions of all manner of genres and draw on that to reorder film excerpts, and mix concrete and abstract images and sounds into a synaesthetic media meltdown.