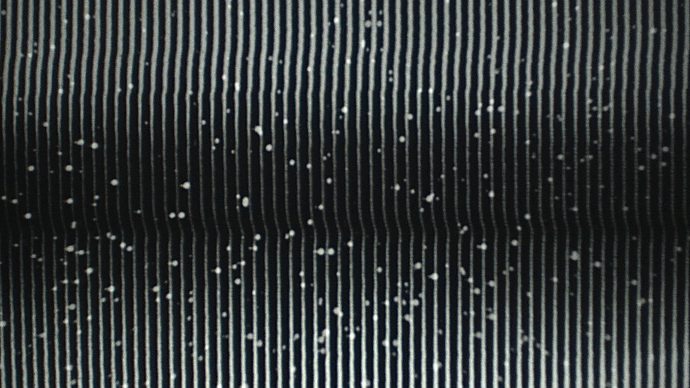 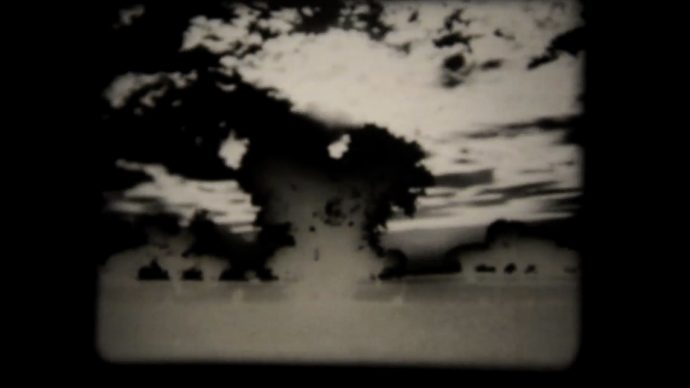 Memories of the Spanish Civil War and dictatorship are still abroad in an unidentified land. The film emulsion, after Venezuelan filmmaker Adriana Vila Guevara partially buried it at mass grave sites, bears marks resembling scars. History is given a voice. With live soundtrack by Alfredo Costa Monteiro.

Cathode-ray tubes versus celluloid: electrical signals enter into a dialogue with the photochemical particles in film emulsion. Canapa and Birot create images and sounds using a self-built generator which they manipulate using the latter and four film projectors. Sound and light waves vibrating in overwhelming unity.