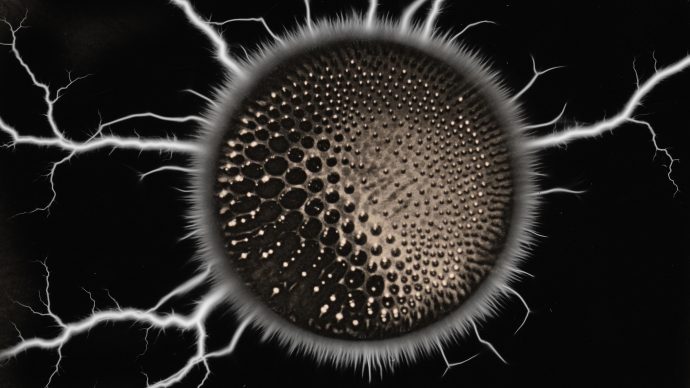 IFFR – Charlotte Pryce: the Heart of the Matter Day 1

A ‘film alchemist’ is a good way to describe Charlotte Pryce. In these two programmes the L.A.-based filmmaker presents her vast collection of hypnotic 16mm short films, as well as two mesmerising Magic Lantern performances that have never been shown outside California.

The programme The Heart of the Matter contains the films: X, A Study in Natural Magic, Prima Materia and Pwdre Ser: the rot of stars plus the Magic Lantern performance The Tears of a Mudlark. As a prelude the 1926 avant-garde classic Cinq Minutes de Cinéma Pur by Henri Chomette.