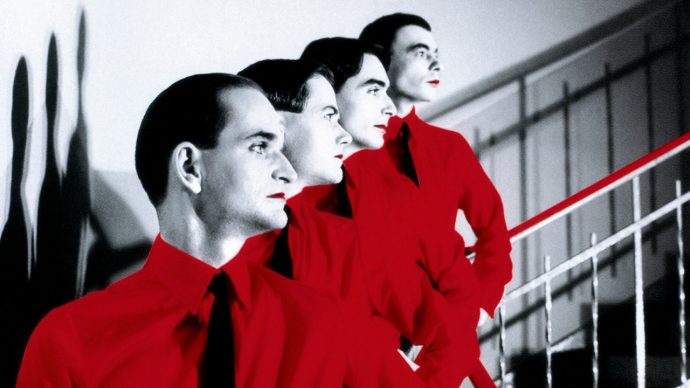 How I hate modern music: Deutschland

In the mid-seventies, Kraftwerk asked, “What is the sound of the German Bundesrepublik?” and gave their own answer, with their international über-hit, “Autobahn”. In the eighties, Deutsch Amerikanische Freundschaft [DAF] ordered the dance-obsessed New Wave youth in Germany (and elsewhere) to “shake your ass and do the Adolf Hitler!” – and caused a national scandal. Twenty years later, Trance superstar DJ Paul van Dyk and Synth Pop singer Peter Heppner celebrated German pride in their anthem “Wir sind Wir”, and today—seventy years after the end of Word War II and twenty-five years after the German reunification—”resident Teutons” Rammstein successfully promote sales by having confidently entitled their greatest hits collection, “Made in Germany”. Clearly, the nation has been a central theme in the history of German pop music. But popular music – as commodity and social practice – also plays an important role in the imagination of the nation. By tracking different national narratives throughout seventy years of German pop and across diverse genres like Schlager, Beat, Krautrock, Neue Deutsche Welle, Techno and Heavy Metal, Dr. Melanie Schiller will show how pop is constituted in and constitutive of discourses of Germanness.

Dr. Melanie Schiller is Assistant Professor of Media Studies and Popular Music at the Arts, Culture and Media department of the Rijksuniversiteit Groningen. She completed her PhD at the University of Amsterdam with her thesis entitled “Soundtracking Germany. 70 Years of Imagining the Nation from Schlager to Techno”, in which she researched the mutual relationship of post-war German national identity constructions and popular music. Schiller is a member of the national board of IASPM (International Association for the Study of Popular Music) Benelux, and teaches courses on, amongst others, popular music theory and analysis, contemporary audiovisual culture, and comparative arts.

Harald Sack Ziegler Cologne’s Harald Sack Ziegler steers a unique course between the minimal techno of Kompakt, and the more experimental electrico-acoustica labels as A Musik, Tonschacht, Grob or Sonig. Ziegler has brought out over 30 releases, full of sound experiments, Dadaist schmaltz and restless soundscapes. He’s happy to play anywhere too; whether a proper stage or a living room, he’s not fussed. A true entertainer, Ziegler is full of lyrical and musical jokes. A master at self sampling, he uses French horn, mandolin or just himself as a human beatbox. Ziegler’s high Falsetto voice is also a truly remarkable thing.

Richard Foster is a British rock journalist (The Quietus, Louder than War) resident in The Netherlands. He also works for Haldern Pop Festival (DE) and has a special interest in, and love of, German music (e.g. Krautrock, NDW, “noughties” alternative pop post 2000).