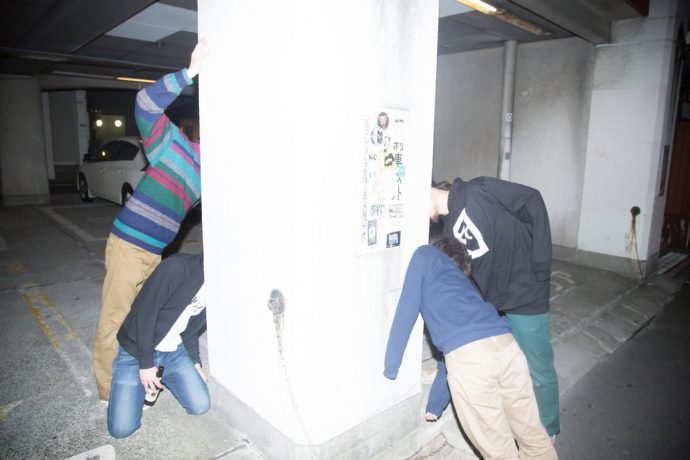 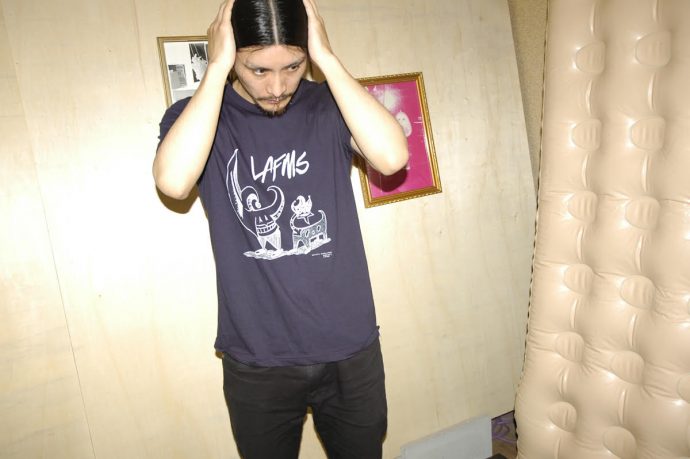 Goat (JP)
Goat is an Osaka-based band, comprised of bass, drums, percussion, and saxophone. What sets this quartet apart is the intentional disregard they pay to their instruments’ musical scales. In their painstakingly crafted percussive songs, they mute the melodic instruments to reinforce the beat, and make frequent use of harmonics played outside the twelve-tone system. The effect is a trance-inducing ‘minimal techno’-like pulse that is both ‘urban’ and ‘tribal’. Goat’s new 2017 line-up explores the rhythmic aspect even further, centering on intertwining patterns of repetitive rhythms. They have released two albums; the debut “New Games” (2013), and the second album “Rhythm & Sound” (2015).

YPY (JP)
Solo project from Goat’s Koshiro Hino, who is a key member of Osaka’s experimental music scene. Besides playing with Goat and touring with the Boredoms, he also leads another band called Bonanzas. His work as YPY can be described as oblique, dense electronica / techno with a dash of industrial grittiness. Hino debuted in 2015 with the ‘Visions EP’ for the Berlin-based label Nous, which included moody and dance-orientated tracks ignoring the unspoken rules of club music. He also runs the birdFriend label.

Le Romph (NL)
A Rotterdam born-and-raised DJ and musical omnivore. This is reflected in any Le Romph mix that you’ll hear. Proto-techno? Check. Oriental synth experiments? Included. Exotic leftfield boogie? Got it. Industrial Balearic? It’s there! This youngster’s DJ’ing is a fine addition to the live action.