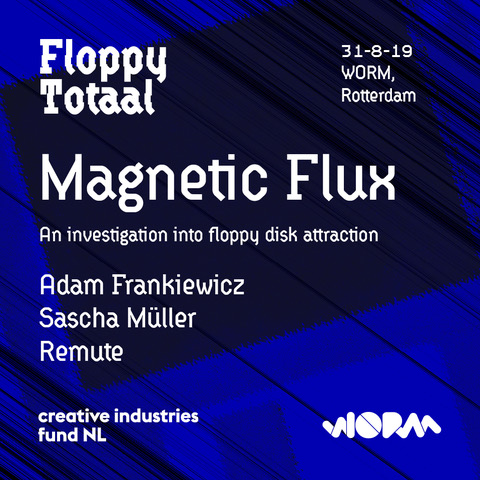 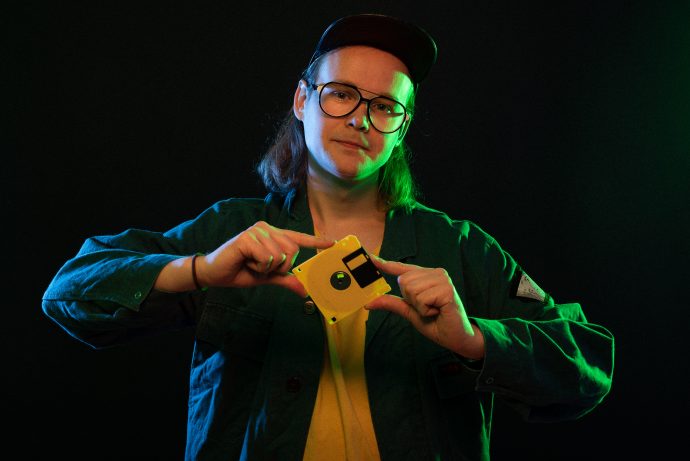 Floppy Totaal is back! On Saturday, the 31st of August, the first and longest living project entirely devoted to contemporary floppy disk culture and art, will visit WORM once again for an event entirely devoted to floppy disk music. During ‘Floppy Totaal: Magnetic Flux’, we will be taking a look at the various ways in which recording artists and music labels utilize floppy disks to produce, share and distribute their music today. Floppy artists Adam Frankiewicz from Pionierska Records and Floppy (Not) News, Sascha Müller and Remute will showcase their views during a two part programme consisting of workshops, talks and performances. What are the benefits of distributing music on a medium which most people don’t have access to nowadays? And what can floppy disks teach us when we consider them as an alternative to a music scene that is dominated by streaming services and constant access? These and many more questions will be answered!

Part 1 of Floppy Totaal: Magnetic Flux is free for everyone and consists of a workshop by Pionierska Records, artist talks by Sascha Müller and Remute and a conversation with all the artists, moderated by Floppy Totaal initiators Niek Hilkmann, Thomas Walskaar and Lídia Pereira. Here’s the full schedule:

“Speed Floppy Data Workshop” by Pionierska Records
Adam Frankiewicz of the Pionierska Records floppy label will conduct a two-hour workshop in which he explains his fascination with and specific take on floppy disks as a contemporary residual object. Within a one-hour long “speed release game” participants will create their very own floppy disk release, including music and artwork. The results will be published on the brand new Floppy Totaal 2019 label, which shall be founded as part of the workshop.

Adam Frankiewicz
Adam Frankiewicz is a 33 years old music plunderer, improviser, theatre director, contemporary composer and founder of independent record label Pionierska Records. Besides that he is also the curator of the floppy disk news channel Floppy (Not) News. He conducts workshops about sound, write scripts for radio plays, and regularly perform live at many events in Poland and other parts of Europe. At Floppy Totaal he will be leading a workshop under his Pionierska Records guise, while also delivering a live “FJ-set” as Floppy (not) News, performing directly from floppy releases all around the world.

Sascha Müller
Sascha Müller is a phenomenon in his own right. With a back catalogue of releases that outnumbers those of most music labels, he’s never been short of ideas to get his music to his fans. After starting his career with DJing and producing in 1990 he kept on employing old analog equipment, resulting in releases on formats such as cassette, DVD and of course 8″ and 3,5″ floppy disk. As a DJ he played in several European locations and events including Love Parade and Thunderdome and was nominated for the Qwartz Electronic Music Award in 2006.

Remute
Hamburg-based Techno artist Remute has a very ‘technological’ approach to his genre and calls himself a technoptimist. His career began in the early 2000s and led to the release of his album ‘Limited’; an hybrid release consisting of 7″ vinyl and a 3,5″ floppy disk, which is regarded as a trailblazer of the comeback of the floppy disk as a valid music format. By creatively dealing with the data limitations of the format, Remute succeeded in establishing his very own technologic sound aesthetics. Besides getting enthusiastically labeled as ‘limited techno’ by CBC, the Los Angeles Times also points out that he is Techno’s only true ‘disk jockey’.

Floppy Totaal
Floppy Totaal is a Rotterdam based initiative by Niek Hilkmann, Thomas Walskaar and Lídia Pereira that investigates the reuse and re-purposing of ‘outdated’ technology as a cultural phenomenon. By examining the contemporary usage of the iconic floppy diskette, they hope to assess the way past technology is integrated into our culture today, as well as its future potential. The goal of the project is to inject the debate surrounding obsolescent media with new enthusiasm and stimulate a critical approach to the topic with the help of extensive field research in the realm of the floppy disk.

This event is made possible with the kind support of WORM and Stimuleringsfonds Creatieve Industrie (Creative Industries Fund NL).