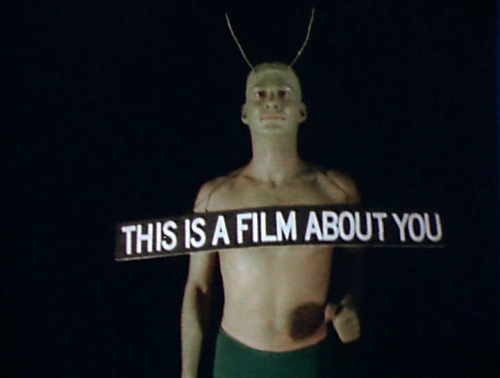 Filmwerkplaats Festival: ‘Back to the Future: Project!’ Day 1

Thanks to an arsenal of equipment, information and in-house know-how, the Avangardistic State presents many opportunities to makers and creatives. One in WORM’s Makers Season: ‘WORM Maakt Het’. (Note: A Passepartout ticket is available for both days. Otherwise doortickets at 10,- are available on the Sunday, as well as discount tickets for Cineville members.)

Back to the Future: Project! is a 2-day festival for analogue moving images and optical sound; a celebration of the analogue film with an international programme of audio-visual performances, films, presentations, lectures and installations. Back to the Future: Project! focuses on the future of the film medium, in terms of contemporary artistic developments embedded in a historical context.

Programme – First Names
The full 2-day programme is via http://filmwerkplaats.org/?back-to-the-future .

Optical Sound Orchestra with Mariska de Groot
Know thy instrument: recreating 16mm film projectors as sound producing devices. A composition for a multiple projector performance setup created by Dutch artist Mariska de Groot where the rattling apparatus with its optical sound loops functions as a musical instrument and the projectionists serve as musicians.

8x16mm 180°Panoramic Projection by Nico Komen
Many years in the making and now for the first time to be presented in public! An installation with a complex machine of eight completely synced up 16mm projectors loaded with a five minute film loop, projecting a continuous image of eight successive actions progressing through time. The result is a fascinating counterpoint panorama. (You could also call it a time machine.) You really have to see it to get the picture.

Guy Sherwin & Lynn Loo
In the works of Guy Sherwin & Lynn Loo sound and image are truly in a physical correspondence: what you see is directly connected to what you hear. Researching all the different translations of visual information carried by a filmstrip, Guy Sherwin created some of the most joyous avant-garde films from the 1970s. Alongside these optical sound films and the 16mm version of the performance-in-progress, Man with Mirror, Sherwin, together with Lynn Loo, will perform Cycles #3 and their brand new work, Washi MM.

OJOBOCA
Anja Dornieden and Juan David González Monroy are filmmakers living and working in Berlin and members of the artist-run film lab, LaborBerlin. They have been working together under the moniker OJOBOCA since 2010. Together they practice “Horrorism”, a simulated method of inner and outer transformation. At Back to the Future: Project! they will present their latest film ‘Heliopolis Heliopolis’, and the highly acclaimed performance ‘New Museum of Mankind’.