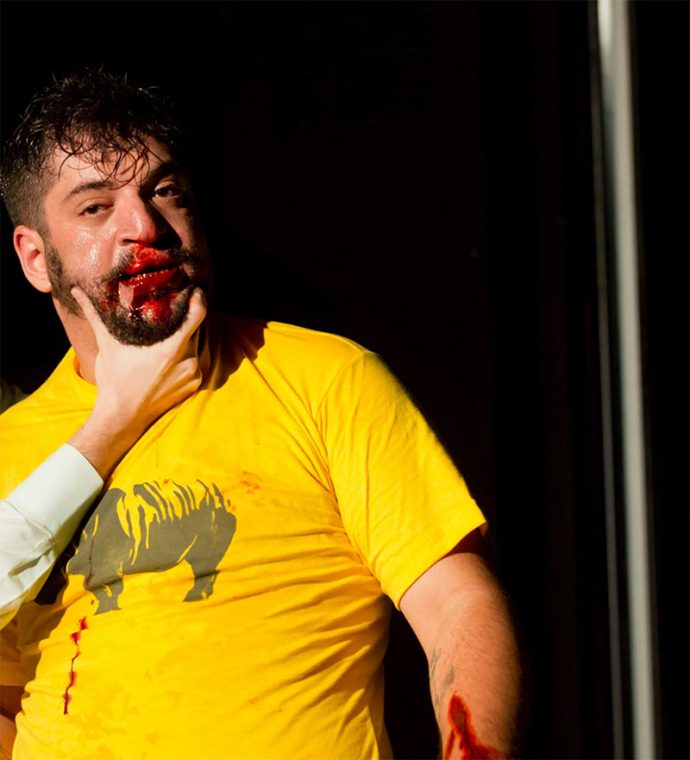 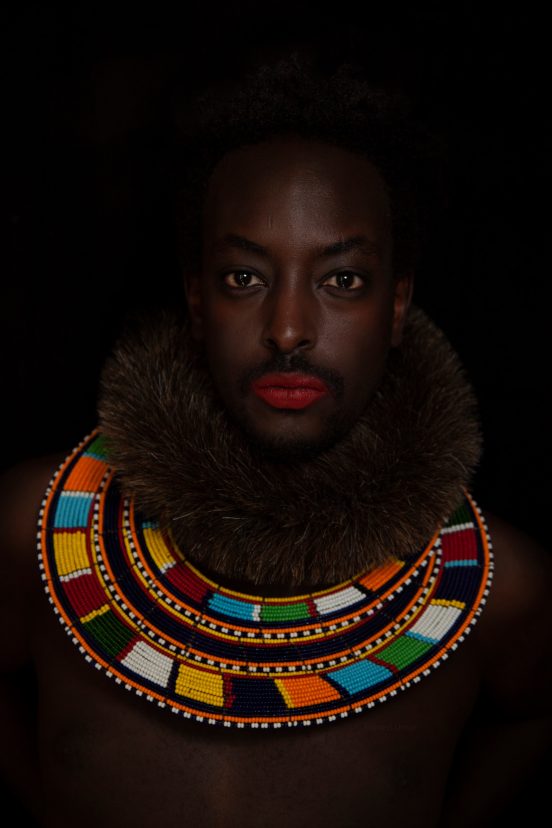 When artists are strangers in their own environment
20:30
WORM

A night on identity in social constructions, a clash between social expectations and personal life. Rodrigo Batista will present the work he develops for his graduation piece at Das Arts Master of Theatre one month later; Keith Zenga King will sanctify trans ancestors Marsha P. Johnson and Sylvia Rivera in the frame of fifty years after the Stonewall riots.

Rodrigo Batista: The B-side
Rodrigo Batista spent 10 years developing collaborative and interdisciplinary methodologies with his group “[pH2]: estado de teatro” in São Paulo. In 2016, he led along colleagues and students an art educators’ strike, opposing resistance to financial cuts for public art programs in the outskirts of São Paulo. They were dismissed – for political reasons – once the strike ended. During these last 2 years at DAS Arts (Master of Theatre, Amsterdam), he developed a research around despair and insurrection.

Starting from a political despair, his main intention was to bring insurrection within the performative space through body, video and sound.Personal experiences of strikes in Brazil and the colonial violence in the Netherlands are where he found energy.

His experiences of activism and the recent overthrow of democracy in Brazil totally changed the way he now looks at theatre. If democracy has failed, the idea of representation needs to be questioned. How to perform a political statement and which artistic attitude can provoke insurrection?

From these questions, Rodrigo developed “The Furious Rodrigo Batista”, an opus containing two sides and accompanied by several scenic and writing experiments. During the development of these works and using his body as locus, Rodrigo expanded explicitness into an aesthetic flowing from straightforward language to gore and pornographic visuality, to decolonization as a process of violence, all within an intense body research made from impulses of iconoclasm, indigestion, mutilation, blood and sex.

Keith Zenga King is a Black gender non-conforming writer, visual and performance artist from Uganda based in Germany. Keith King is the founder creative director of Uganda’s Queer collective whose aim is to expand the realms of queer and Trans movement building through art practice. Through poetry, live performance, and mixed-media, they seek to amplify the visibility of the African/migrant/refugee queer and Trans communities.

They have been invited to share their work by institutions and venues across Europe, such as the Norwegian council for Africa,Oslo, Center For Intersectional Justice, Heinrichboll Stiftung, Bayerischen Landtag, Munich, TENT Rotterdam, Hebbel am Ufer, Berlin school of Economics and Law, London School of Economics, Schwules Musuem, The Munich Kammerspiele and most recently at the Williams College Museum of Art, Massachusetts. They are currently in production of I Am Other In Exile a photo book/document with a selection of self portraits and images from I AM OTHER UGANDA photo series, essays, prose and poetry written during their time in refugee camps in Germany.

Corine Aalvanger studied BA photography at the HKU University of the Arts Utrecht, the Netherlands and received her MA in Fine Arts at Master Institute of Visual Cultures AKV St.Joost in the Netherlands.

As a research-based artist, she uses a variety of media; still and moving images, text and installations. Shaped by her contentious relationship with her own personal history, part of her practice reflects upon the relationship between contemporary issues, such as identity, human behaviour, stigmatisation, and the way we perceive, usually conditioned to see only one perspective.