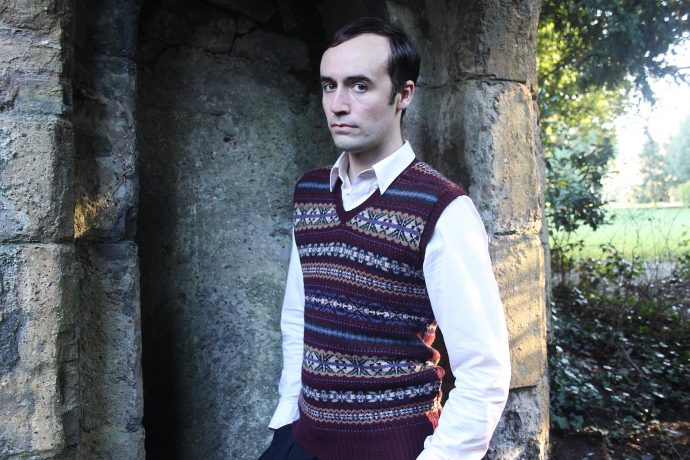 Daniel O’Sullivan Trio
Daniel O’Sullivan is a composer, songwriter, multi-instrumentalist and producer living and working in South West London. He has achieved international acclaim writing, recording and performing with a myriad of groups; including – most notably – Grumbling Fur (with longtime friend and collaborator Alexander Tucker), Ulver, Mothlite, Sunn O))) and This Is Not This Heat. He has composed several sound works for film and installation.

O’Sullivan’s work is remarkable in the way it infuses familiar everyday experience with traces of the uncanny, the secret and the magickal. His new record, Folly, is O’Sullivan’s second album under his own name and embodies a confident, evolution from 2017’s VELD. Written around the birth of his son Ari and the passing of his friend and legendary underground artist, Ian Johnstone. O’Sullivan explains, “Joy is inseparable from suffering and sometimes those polarities arrive at the same moment. Music offers a vessel to contain the unspeakable.” Critical praise for the LP has been nothing short of overwhelming; even The Times joining in and calling it “a warm and welcoming affair”.

FITH / WANDA
WANDA is a literary & musical co-operative, a musical imprint that spirals across the cinematic, sonic, & literary spheres.

FITH are a group of musicians and poets hailing from Manchester and Berlin. Their ranks include Dice Miller, Enir Da, Rachel Margetts, Chrls Lamouroux, & Lianne Hall. FITH are driven by the spell of the spoken word and “the cinematic image and its mystical roots”. Their minimal percussive refrains, washed out in oneiric textures & deep melodic synths, combine cinematic imagery, storytelling & spiritual frenzy. Expect an evening of performance and ritual.