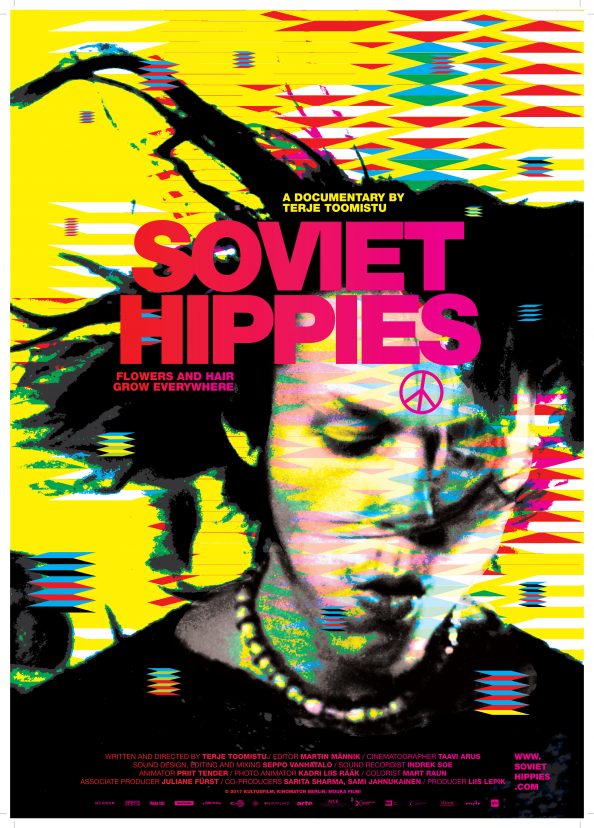 Within the Soviet system, a colourful crowd of artists, musicians, freaks, vagabonds and other long-haired drop-outs created their own system, which connected those who believed in peace, love, and freedom for their bodies and souls. More than 40 years later, a group of eccentric hippies from Estonia take a road trip to Moscow where the hippies still gather annually on the 1st of June for celebration that is related to the tragic event in 1971, when thousands of Soviet hippies were arrested by the KGB. The journey through time and dimensions goes deep into the psychedelic underground world in which these people strove for freedom.

PhD graduate Terje Toomistu studied in California, Estonia and Amsterdam. Whilst studying as an anthropologist and enthnologist in Indonesia, she also found time to make a documentary about the counter-culture movement of the seventies and eighties in the Soviet Union.

WORM Cultfilm is pleased to welcome Terje from Estonia to Rotterdam to introduce this screening (a mini-tour with Cavia Amsterdam) and answer your questions afterwards.

Richard Foster will enlighten/frighten you all by playing his favourite Iron Curtain hippie music. Praise Jesus!