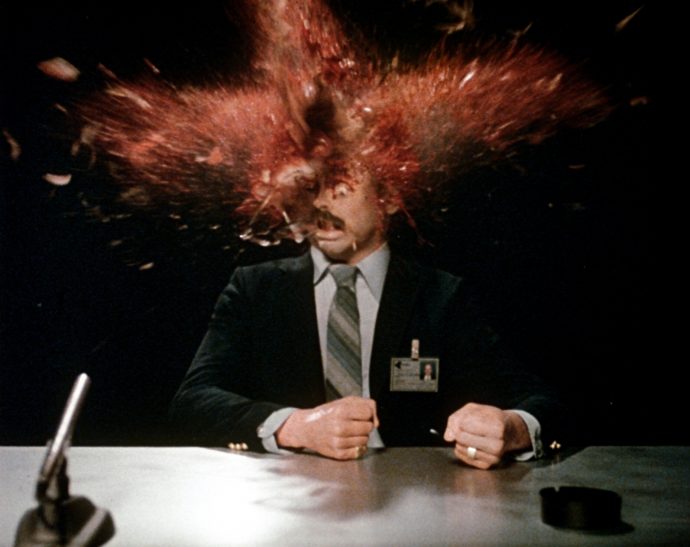 There are only 237 scanners worldwide, but they possess unlimited telepathic skills and are capable of taking over the world with their psychic power. They have a rare mutation originating from a failed drug experiment with Ephemerol, that was used to tranquillise pregnant woman.

Fear and paranoia of the horror originating from our own bodies and, in this case, the mind, are at the heart of Cronenberg’s best work from the eighties and helped shape the genre of ‘body-horror’.

Currently his films are being re-made by the Soska twins, whose RABID recently premiered at filmfestivals, but we are proud to recap this rarely seen cult classic.

The images of the exploding head on live television are seeded in our collective memory, and drew both gore-hounds and admirers of more cerebral (ha) horror to the prophetic work of David Cronenberg. 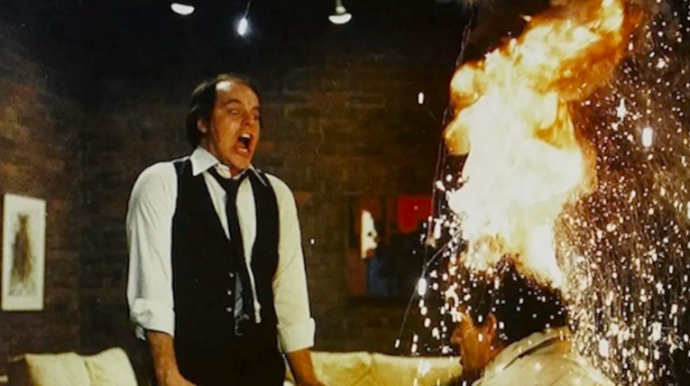