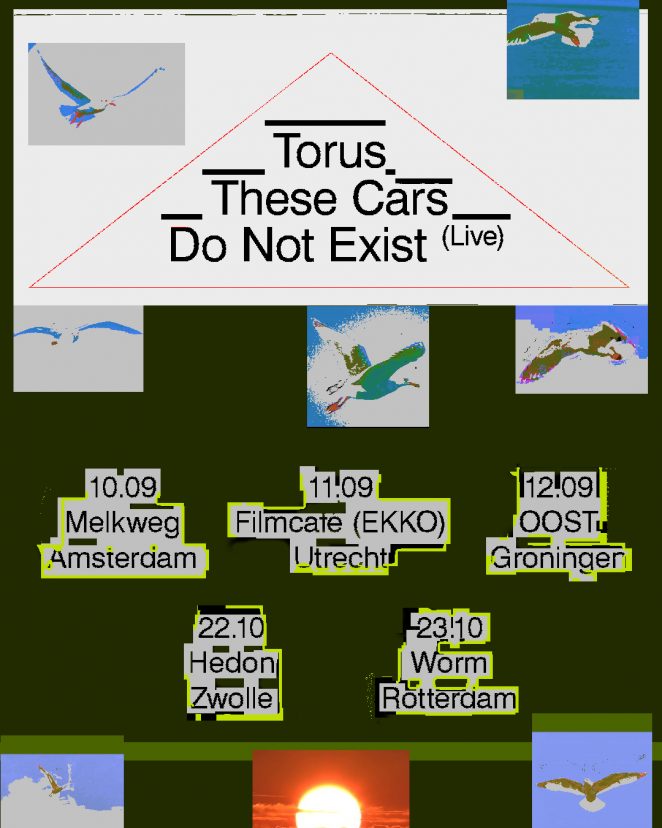 This is a 24:24 multimedia piece by Den Haag-based DJ, producer and artist Joeri Woudstra aka Torus that features his music performed live with visual work by himself and artist Mark Prendergast.

„These Cars Do Not Exist” contains new solo material, loops and sketches that Torus has been working on since „The Flash”, his latest record with DJ Lostboi released in January 2020. The audio project is set to be released on Friday, September 4th through Bandcamp. 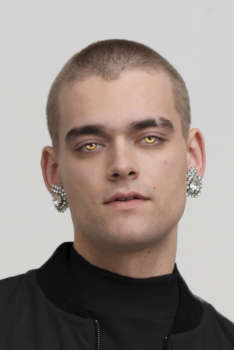 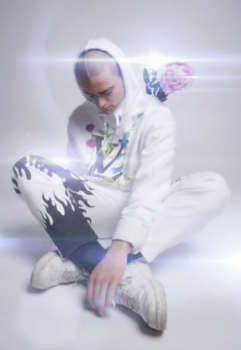 “While I was working on the music in quarantine, I found myself stuck in my house, left with aimless creative exercises like filming a whole bunch of things I would see from my rooftop. After a little while, I found some patterns in the footage and I reached out to artist Mark Prendergast, who I shot and directed the video with, to discuss some of the footage. He told me he had also been recording birds for the last couple of weeks and we assembled our material and looked for a narrative. These Cars Do Not Exist starts from a POV human perspective with a shot I took at 5:30AM at sunrise in The Hague during one of the wildest seas of this year. It then slowly shifts to a more passive voyeurist perspective in which the nature that remains untouched by current affairs becomes the active subjects in the video.”

WORM and Corona
For each event there is a capacity of 30 seats. The events bar will close early.
For WORM and Wunderbar new opening times click here: