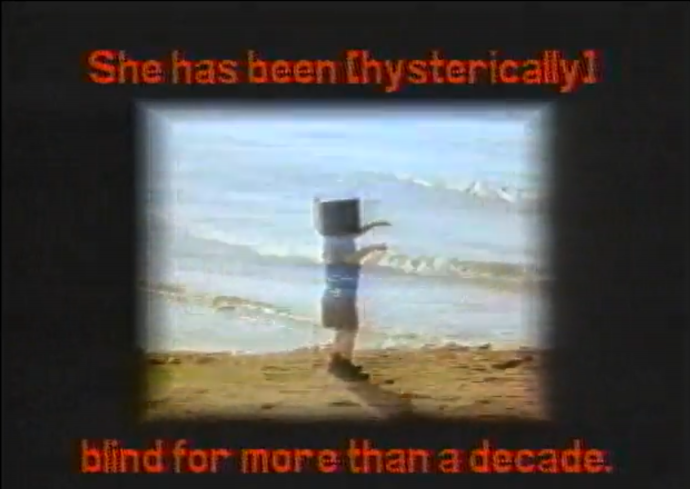 For this special event of Field Recordings, we bring together a collection of films that trace the intersection of experimental documentary practices, anthropology and activism. It’s the first time that T. Kim-Trang Tran’s The Blindness Series will be screened in the Netherlands. This experimental video series investigates the metaphors, ideologies and technologies related to visuality and blindness. The 2019 montage of Golden Snail Opera will also have its Dutch premiere. This evening includes a Q&A with T. Kim-Trang Tran and Yara Yuri Safadi! 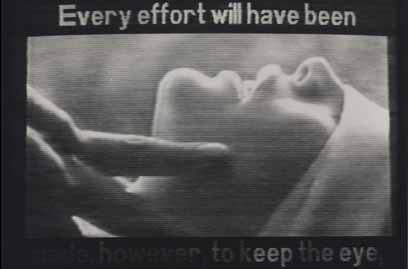 Aletheia
By T. Kim-Trang Tran; 1992, 17 minutes, US, B&W and colour
As the introduction to T. Kim-Trang Tran’s The Blindness Series, Aletheia provides an index of topics on different aspects of physical blindness and its metaphors. Multiple modes of discourse are employed: journalistic, anecdotal, fictive and theoretical, to bring out various perspectives on the issues addressed. The inspiration for the series came from a 1990 exhibition Jacques Derrida curated for the Louvre Museum, titled Memoirs of the Blind.

Ocularis
By T. Kim-Trang Tran; 1997, 22 minutes, US, B&W and colour
Ocularis addresses issues of surveillance and technology, ones that allow us to see where we normally cannot. Through a 1-800 (toll free) phone number publicised nationally, recorded messages of fears and fantasies about video surveillance were collected from callers: If you were caught on videotape, what would be the worst thing you could be caught doing? If you could watch someone, what would you want to see?

Ekleipsis
By T. Kim-Trang Tran; 1998, 23 minutes, US, colour
Ekleipsis is an experimental documentary that traces two histories: the Cambodian Civil War and that of hysteria, to better speak about pathology and agency. To transcend what has been described as the ‘eye-searing’ horrors of war, these women cried themselves into blindness.

Field Recordings is a platform for contemporary anthropological cinema, sound art and landscape film. On 6th, 7th and 8th of November, we present the third edition of our programme; with screenings, installations, workshops, seminars and more. Field Recordings is committed to collective learning and intersectional methodologies. We also promote and encourage debate on lesser spoken topics in cinema and anthropology. The programme is curated and organised by Tim Leyendekker and Sander Hölsgens as part of the AWL series.

WORM and Corona
For each event there is a capacity of 30 seats. The events bar will close early.
For WORM and Wunderbar new opening times click here: